RICHMOND, Va. (WRIC) — Walmart announced Wednesday that the company will be aiming to hire 40,000 new workers for the holidays, a sizeable decrease in holiday hiring from last year.

With the noticeable decrease in Walmart’s total holiday season job hiring, a few changes to the types of positions the company is hiring for are also seen. While many of last year’s positions offered were permanent full-time store associates, this year, Walmart announced it will be hiring fewer workers all around, most of who would be seasonal store associates.

According to the Associated Press, the announcement comes as the company said it’s in a stronger staffing position heading into the holidays than last year and is now focusing on hiring only seasonal workers, rather than permanent workers. 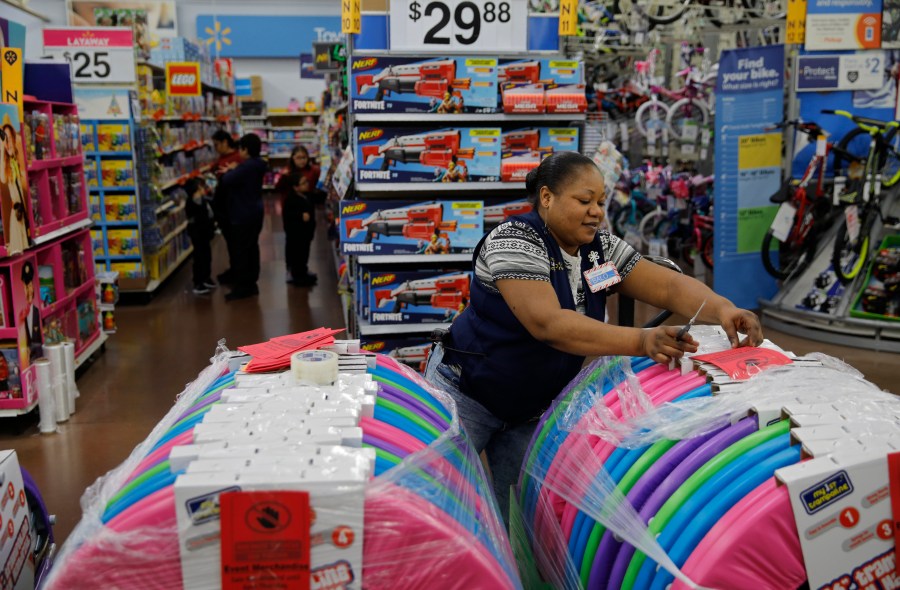 FILE – Balo Balogun labels items in preparation for a holiday sale at a Walmart Supercenter, Wednesday, Nov. 27, 2019, in Las Vegas. Walmart plans to hire 40,000 U.S. workers for the holidays, a majority of them seasonal workers. The move announced Wednesday, Sept. 21, 2022, comes as the nation’s largest retailer and largest private employer said it’s in a stronger staffing position heading into the holidays than last year. (AP Photo/John Locher, File)

In addition to the 40,000 extra workers planned, Walmart announced it would offer additional hours to current associates that may want them, and added that part-time associates would have the ability to pick up shifts. After that, the company said it will provide the opportunity for people to work on a temporary basis.

US stocks gain ground ahead of latest interest rate hike

Those interested in applying for a job at Walmart can do so by visiting careers.walmart.com.