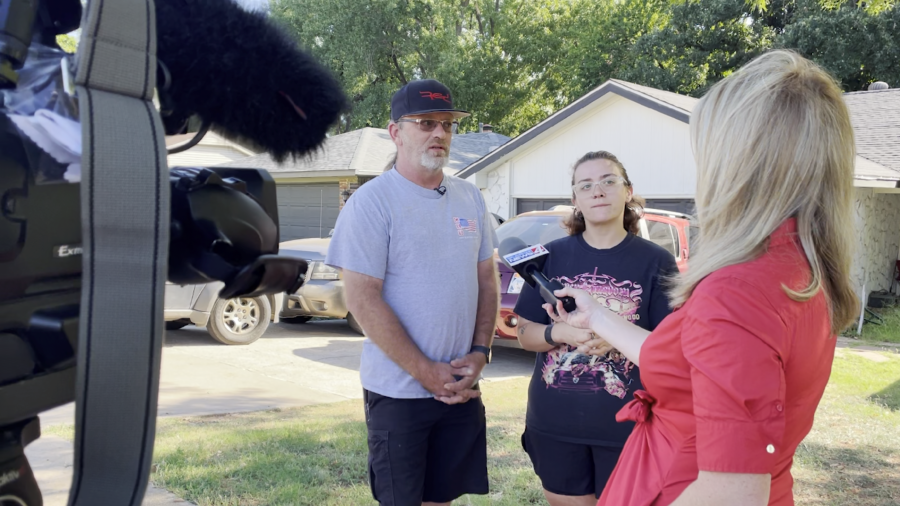 The business owners said they dropped of their two children at school Tuesday morning.

They returned home because they left a cell phone there.

They pulled into the driveway of their home near Edmond Memorial High School and ran inside to grab the device.

“I was in the house for roughly seven or eight minutes,” said Sean Keith, owner of the home.

That’s when Keith said someone stole nearly $17,000 worth of tools from the back of his pickup truck.

“They literally crippled us – dead in the water,” said Katie Tassoni, victim of the burglary. “You can’t make money, can’t provide for our children, can’t pay our bills.”

Without the equipment, the company – made up of six employees – can’t keep working.

“I know they were strictly after tools because there was well over $1,000 in wiring in the bed of the truck, too, and they didn’t even touch it,” said Keith.

Most of the tools were Milwaukee brand. According to the brand’s website, nearly one-third of items stolen from vehicles are tools.

The family filed a police report and was told by Edmond police to make a detailed list of everything that was taken.

Keith said he has been trying to keep the jobs his company has already lined up.

“Right now, our schedule’s full through probably the end of November,” said Keith.

However, all of those projects are now on hold.

“We’re just trying to do what we can do to make sure that everybody gets paid and then they’ll keep the lights on,” said Keith.

Keith said he does have insurance but it will take four to six weeks to receive a check for the stolen items.

The couple started the business a year and a half ago, during the pandemic, after the company Keith worked for stopped receiving jobs. He said work has been good since he went out on his own, but these setbacks have made it hard for his small business to survive.