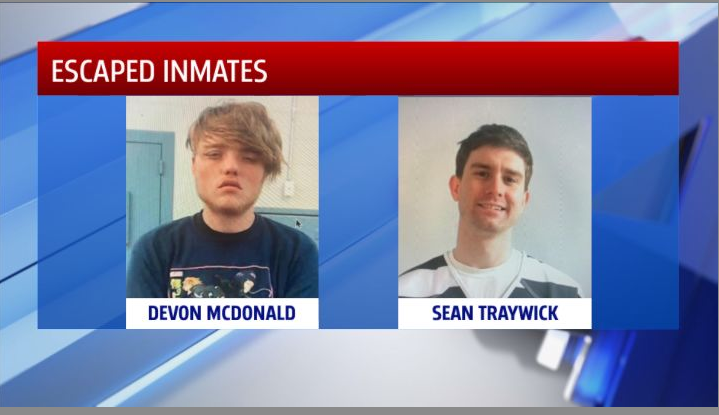 HOBART, Okla. (KFOR) – Authorities in Hobart are searching for two inmates were were able to escape a local jail.

Early Wednesday morning, officials determined that two inmates were missing during a facility check of the Kiowa County Jail.

Traywick was being housed at the jail on a writ to allow him to enter a plea agreement on charges of larceny of an automobile and unauthorized use of a motor vehicle.

McDonald is described as a white man, standing 5’5″ tall, and weighing 150 pounds. He has blonde hair and blue eyes, but his hair had been cut off at the time of the escape.

Traywick is a white man, standing 6’2″ tall, and weighing 209 pounds. He has brown hair and brown eyes. He had a beard at the time of the escape, but did not have a mustache.

If you see either man, call 911 and do not approach them.