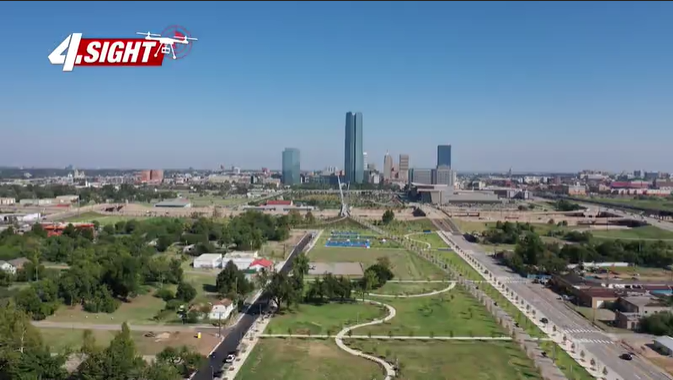 OKLAHOMA CITY (KFOR) – Downtown Oklahoma City will be buzzing with activity this weekend because Scissortail Park is growing!

We’ve finally made it to the long-anticipated opening of the lower portion of Scissortail Park and residents wasted no time reacting.

“It’s been a project of love and excitement,” Judy Hatfield. “When the northern half of Scissortail opened up, that’s a drop the mic moment.”


Scissortail Park’s lower section to open with weekend of events

Judy is an Oklahoma native and one of the first people to hit the trails on the opening day of the lower Scissortail Park.

“I just walked it, and I have several times before it was open.”

The lower park is a MAPS 3 project and is now open to everyone.

“With having the convention center and the Omni and stuff being right there and then having this green space… I think it is great for the city,” said Matina Hunter.

The project broke ground in November 2020.

The 32 acres focuses on sports courts, including pickleball, basketball, and open green spaces.

The newly opened park extends from the core of downtown OKC over I-40 and stretches to the shore of the Oklahoma River.

Altogether, Scissortail Park offers 70 acres of recreational and educational activities. It’s an oasis of nature in the middle of downtown.

The lower park opening on Friday completes a $132 million project with weekend celebrations and activities.

“I live downtown, so it gives me a safe space,” said Matina. “I feel like I can walk and run in the morning.”