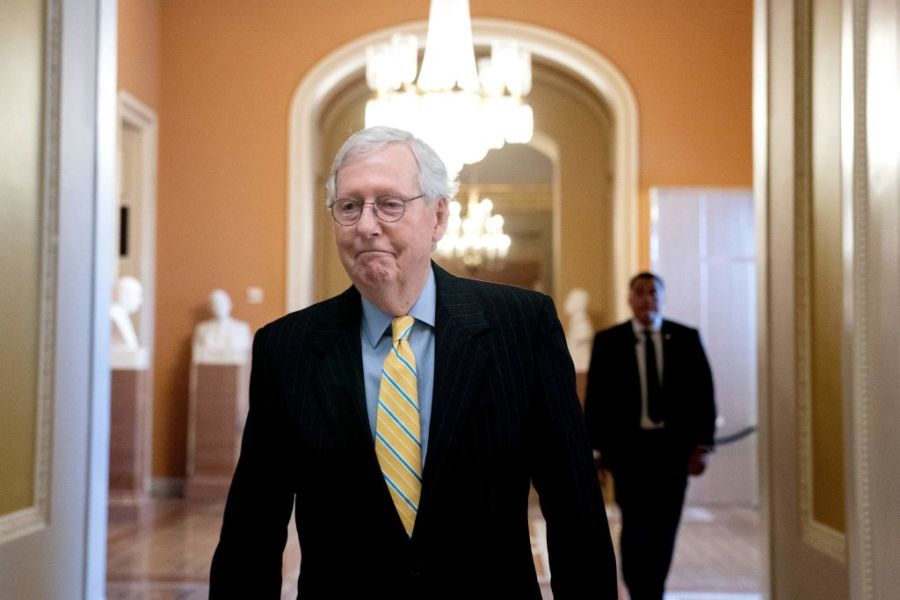 (The Hill) – Senate Republicans voted Thursday to block the consideration of a bill to require organizations that spend money on elections to promptly disclose the identities of donors who give $10,000 or more during an election cycle.

The body failed to invoke cloture on the measure, in a 49-49 vote. Every Republican present voted against the measure, while every Democrat voted for it.

Sens. Tammy Baldwin (D-Wis.) and Mike Crapo (R-Idaho) were not present for the decision.

Senate Majority Leader Charles Schumer (D-N.Y.) brought the bill to the floor to highlight the reliance of Senate Republican candidates on huge cash inflows from GOP dark-money groups, such as the Senate Leadership Fund, a super PAC linked to Senate Minority Leader Mitch McConnell (R-Ky.), according to Democratic senators familiar with Schumer’s thinking.

The legislation, sponsored by Sen. Sheldon Whitehouse (D-R.I.), has been a top Democratic priority since the Supreme Court ruling in Citizens United in 2010 that enabled corporations and other outside special interest groups to spend unlimited amounts of money on federal elections.

Schumer on Thursday morning said the court’s decision more than a decade ago “has disfigured our democracy almost beyond recognition.”

The Democratic leader cast Thursday’s vote as a defining issue ahead of the election, when voters are bombarded by televised political ads funded by tens of millions of dollars in anonymous donations.

“Republicans today must face the music. Either vote to bring transparency and fairness back to our elections as the vast majority of Americans want, or block this measure and cast their lot with the forces of dark money,” Schumer said before the vote.

McConnell, a longtime opponent of campaign finance restrictions, dismissed the bill as a “liberal pet priority” that he said would give “unelected federal bureaucrats vastly more power over private citizens’ First Amendment rights and political activism.”

He called it an “insult to the First Amendment” and slammed Democrats for bringing it to the floor instead of legislation to curb inflation or to address other economic problems.

Schumer, however, noted on Tuesday that McConnell has supported requiring donor disclosure in the past.

“Even Leader McConnell used to support disclosure … then he did a 180-degree about-face,” Schumer said, quoting McConnell’s statement from 1997 that he thought disclosure was “the best disinfectant.”

Republicans blocked the Disclose Act earlier this session when Democrats brought it to the floor as part of a broader election reform bill.

The bill would also require groups that spend money on ads in support or opposition to judicial nominees to disclose their donors, a top priority of Whitehouse, who has spoken on the Senate floor regularly to highlight the influence of conservative group spending on the Supreme Court.

President Biden urged Congress to pass the bill earlier this week, decrying the mounting influence of dark money in politics.

“There’s much — too much money that flows in the shadows to influence our elections. It’s called dark money. It’s hidden. Right now, advocacy groups can run ads on issues attacking or supporting a candidate right until Election Day without exposing how’s paying for that ad,” he said.

Democrats in the lead up to the vote pointed repeatedly to a $1.6 billion contribution to a political nonprofit group controlled by Leonard Leo, the co-chairman of the conservative Federalist Society, which is credited with helping to reshape the federal judiciary in recent years.

Barre Seid, a businessman and conservative donor who made his fortune as the head of an electric device manufacturing company, gave the massive donation, which will fuel efforts to push courts in a conservative direction for years to come.