N.H. to use $5 million in federal funds for winter shelters 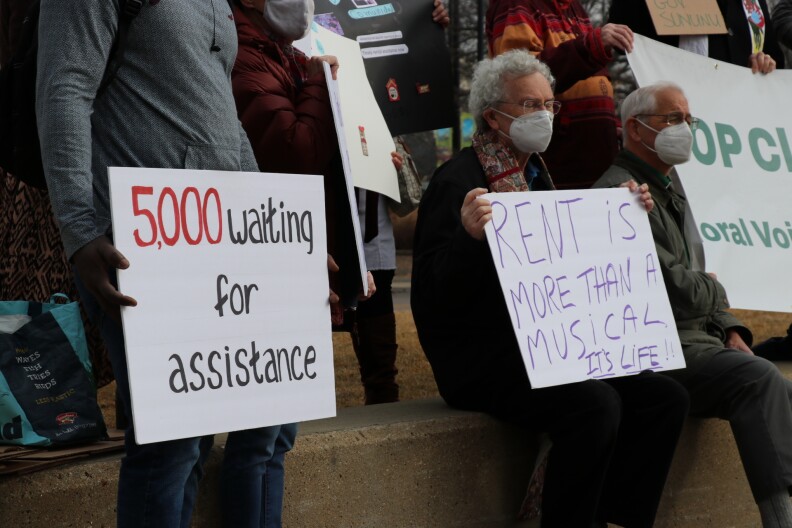 This story was originally produced by the New Hampshire Bulletin, an independent local newsroom that allows NHPR and other outlets to republish its reporting.

New Hampshire is setting aside $5 million in federal COVID relief funds to help support emergency homeless shelters in the winter, as the number of homeless residents has climbed recently.

The new program, approved by the Executive Council and Joint Legislative Fiscal Committee earlier this month, will provide financial assistance to temporary shelters set up during cold weather across the state. The goal is “to address pandemic-related increased costs and anticipated demand,” an informational note from Department of Health and Human Services Commissioner Lori Shibinette said.

DHHS maintains contracts with 19 shelter providers – providing 791 beds in total – but this is the first year the state will also dedicate funding for temporary winter shelters, Shibinette said.

Demand is growing. The state’s latest “Point in Time Count,” a survey conducted in January that measures the total number of sheltered, unsheltered, and “temporarily doubled-up” homeless residents, found that the total number of homeless people was 1,605 last January, according to the department. That’s an increase of 7.6 percent from the same count the year before.

The $5 million, which will be allocated from the state’s share of the American Rescue Plan Act of 2021, will be split into two tranches: $4 million to go directly to the shelters themselves to help with COVID-related costs, and $1 million to counties, municipalities, and nonprofits to help facilitate the shelters.

Affordable housing advocates praised the approval of the funds.

“With $1 million directed to New Hampshire counties to provide one-time contracts for winter sheltering and $4 million directed at shelters with established contracts to provide essential ‘bed nights’ for the most vulnerable, we can avoid some of the worst winter tragedies of the unsheltered,” said Elissa Margolin, director of Housing Action New Hampshire, in a statement.