N.H. Republican lawmakers say biomass is a priority for 2023 session 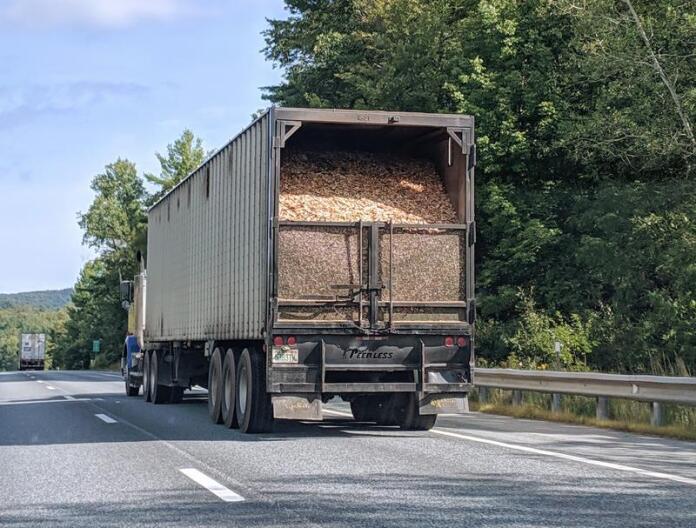 This story was originally produced by the New Hampshire Bulletin, an independent local newsroom that allows NHPR and other outlets to republish its reporting.

When it comes to soaring energy prices, voters’ message to candidates is clear: Reduce costs.

Politicians have been listening – and now many are responding ahead of the November general election with a range of proposals, from direct aid to ratepayers to increasing renewable energy.

At an energy summit Monday, two key Republicans told industry insiders, fellow lawmakers, and clean energy advocates their plan for driving down costs during a panel previewing legislative action in the upcoming session.

“This feels very much to me like the year of biomass,” said Rep. Michael Vose, an Epping Republican. Seated next to him, Sen. Jeb Bradley, a Wolfeboro Republican, agreed.

Vose said he plans to introduce legislation to bring four defunct biomass power plants in the northern part of the state back online. He acknowledged the plan may not bring energy prices down but said it would provide what’s called “baseload” energy – which can always generate power, unlike solar and wind which generate power only when the sun shines or the wind blows.

Some attendees were not only skeptical the biomass plan would bring down energy prices but also voiced concern about the environmental impact of burning wood to generate electricity.

Bradley said price is the single greatest issue for families and businesses and that it would dominate discussion in the upcoming session.

“There’s not going to be a bigger focus than that,” he said.

Bradley also said he would pursue offshore wind and the expansion of net metering, and pointed to the targeted energy aid package passed by the Legislature last week. That bill will send one-time temporary relief of up to $650 to around 50,000 income-eligible families around the state.

While targeted aid cushions those most in need in the short term, it doesn’t address the underlying problem of the region’s dependence on natural gas.

Vose and Bradley will likely get a chance to test their ideas. Both are poised to shape energy policy in the 2023 session if they get re-elected in November. Vose chairs the House Science, Technology, and Energy Committee, and Bradley has long influenced state energy policy.

Republicans currently control the state House, Senate, and governor’s office heading into midterm elections expected to favor their party. And political analysts say high energy costs could pose an additional challenge to Democrats as voters often blame the president’s party for economic issues and its impact on their pocketbook.

“It’s the president and his party that get the credit when the economy’s good and the blame when it’s bad, even if they had nothing to do with it,” said Andrew Smith, politics professor and director of the University of New Hampshire Survey Center. “If they don’t do something to get those people’s gasoline prices down and their houses warmed, they’re going to get slaughtered.”

And national politics can have an effect on state politics, according to Dante Scala, professor of political science at UNH. “There’s always a trickle-down effect. If it’s a bad year for Democrats at the top, it’s going to affect them down ticket,” he said.

Scala said that while voters are likely to blame federal politicians for gas prices, electricity could factor into state races. “You see Sherman trying to connect the dots between, ‘Well, look, if Sununu had followed what we had told them about diversifying energy prices, we’d be in a better place,’” he said.

On Monday, Vose downplayed the role of state government in driving down prices. “It’s a challenge because in the Legislature there’s not much we can do to affect national energy policy or regional policy,” he said. “There’s very little we can do in fact.”

The four biomass plants Vose wants to revive closed because they were no longer economically viable and couldn’t compete on the free market.

“Those plants were important to New Hampshire’s timber industry, but they weren’t cheap,” said Sam Evans-Brown, executive director of Clean Energy New Hampshire, an advocacy and educational nonprofit. Subsidies from Connecticut historically allowed the plants to stay open, Evans-Brown said, but without them, the plants had to close.

And this past session, one of New Hampshire’s last consistently operating biomass power plants, Burgess BioPower in Berlin, went to the Legislature to request ongoing support from taxpayers. Without it, company executives testified, the plant would shutter. The Legislature passed Senate Bill 271, which Bradley sponsored, granting the plant an additional year with no cap on above-market energy.

Bridgewater Power is the one other biomass plant that’s currently active and consistently running, according to Jasen Stock, executive director of the New Hampshire Timberland Owners Association. The other plants are either idle or shuttered. A company called Stored Solar, which owns four plants in New Hampshire, filed for bankruptcy last week, said Stock, who met the lawmakers’ plan to focus on biomass with excitement. Biomass is one of the few remaining markets for low-grade wood, and it’s difficult for timber businesses to stay open without it.

Electricity prices have skyrocketed in New Hampshire because the cost of natural gas has gone up so drastically. In the short term, that’s made power from biomass more attractive – but it’s not a long-term guarantee that biomass will continue to be cheaper. The cost of natural gas could go down in the future or other renewables like wind and solar could offer cheaper energy.

“I’m open to looking at any idea that might be a good one,” Evans-Brown said, “but I can’t imagine we would bring forth a bill that would lower electric rates by bringing back ancient wood-fired electricity plants.”

Environmentalists are concerned that biomass does more harm than good when it comes to preventing the worst effects of climate change. Biomass releases a lot of carbon into the atmosphere – in some cases as much as a coal plant or worse, according to Rachel Smolker of Biofuelwatch, a nongovernmental organization. But it’s classified as carbon neutral under the presumption that a new tree will grow back, absorbing that carbon. That can take 50 years, in which time ongoing emissions will continue to exacerbate climate change, climate scientists say.

Many biopower plants are also highly inefficient. Burgess BioPower is about 25 percent efficient, which means for every four trees burned, the energy from only one is actually used. The rest is released as waste heat. That equation can improve if the waste heat is captured and put to use.

“The Burgess biomass plant, which can produce 75 megawatts of power, is small, really small, compared to other resources in the state. It burns through an acre of forest per hour,” said Patricia Martin, chair of the Rindge Energy Commission, addressing Bradley and Vose during the summit Monday. “Climate scientists are telling us that we have to stop burning things for power if we want to survive. And when we’re burning at 20 to 30 percent efficiency, we are doing ourselves no favors.”

There are reasons biomass has been popular in the North Country. Last session, residents testified that Burgess BioPower is considered an economic driver in the region that’s still recovering from the exodus of paper mills. Proponents argue it provides a good market for low-grade wood.

Consumer Advocate Don Kreis said with energy prices as high as they are now, biomass should be economically viable. But he questioned the burden biomass subsidies would place on ratepayers.

“Is it fair to pursue that on the backs of utility customers who are captive customers?” he said. “I would say maybe not.”