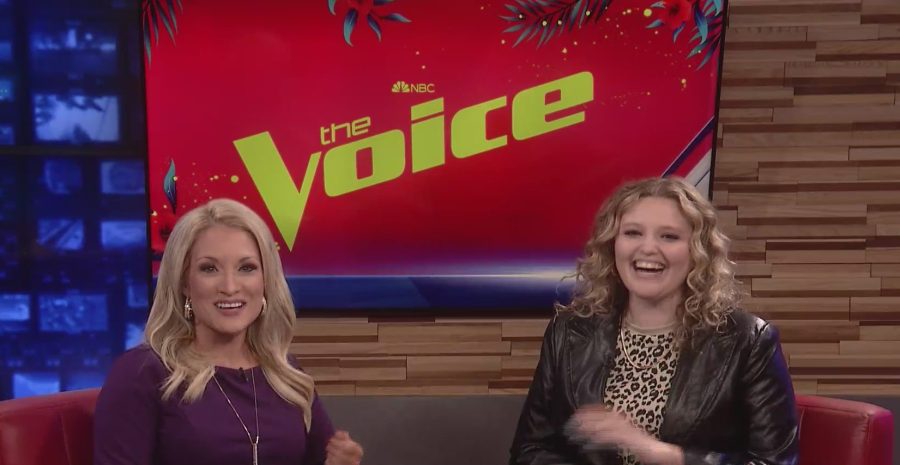 After her appearance on The Voice, Kalvach received three-chair turns following her audition. She chose to compete on “Team Blake” by picking fellow Oklahoman, Blake Shelton, as her competition coach. This came after Blake Shelton gave KFOR a shoutout during the episode.

“He was my first choice,” said Kalvach. “In the end, I’m glad that I picked him.”

Kalvach’s husband and mom were supporting her from behind the stage during her audition.

“I think that they were way more nervous than me,” Kalvach added.

Kalvach has been singing for years and even sings at a local church in Oklahoma City.

“I sing at Hope Connection church almost every Sunday,” she said.

She also explained how she has recently released some of her own original music.

Kate also told KFOR what it’s like behind the scenes on set of The Voice.