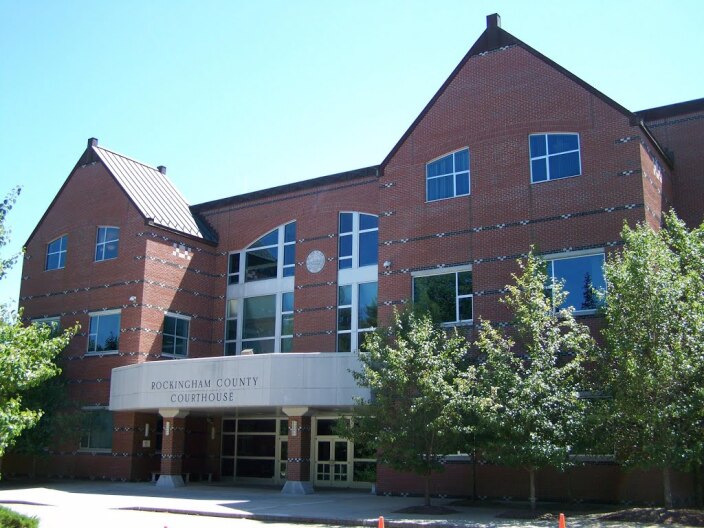 In a 396-page civil lawsuit filed Tuesday in Rockingham County Superior Court, Spofford, who sold Granite Recovery Centers in 2021 to a Texas-based group, alleges that a digital story and accompanying podcast published in March by NHPR was “littered with false and defamatory statements.”

“Unburdened by truth or ethics, the NHPR defendants dropped this guillotine of a story on Eric’s reputation with a Robespierre-like arbitrariness,” alleges the suit, which was filed by attorney Howard Cooper of the Boston-based firm Todd & Weld.

The investigation from New Hampshire Public Radio, led by senior reporter Lauren Chooljian, alleged Spofford engaged in a pattern of misconduct and threats of retaliation, including sending an unwanted photo of his genitals and using financial payments to silence claims of wrongdoing. The story, based on interviews with nearly 50 former clients and employees, concluded that Spofford was “a polarizing figure who preyed on vulnerable people and wielded his power to avoid consequences.”

The published article included a statement provided by Spofford’s attorney Mitchell Schuster denying any wrongdoing. “Eric Spofford has spent most of his adult life pulling thousands of people out of the depths of addiction, depression and trauma,” Schuster told NHPR.

The defamation suit names three NHPR employees, including Chooljian, as well as three people with connections to Spofford who were quoted in the piece.

Jim Schachter, NHPR’s president and chief executive officer, said in a brief statement Wednesday that “NHPR stands by its reporting and will vigorously defend our journalism.”

The lawsuit further alleges that NHPR failed to issue an update to the story following what the suit describes as a “recanting statement” by one of the quoted sources, Piers Kaniuka, who was a longtime friend and colleague of Spofford. Kaniuka issued a letter to the station following the story’s publication, which is included in the lawsuit, saying that he regretted the statements he made to NHPR, and that he did not have “any direct personal knowledge” concerning the allegations made against Spofford.

A month after the investigation was published, Chooljian’s previous residence in Hampstead, New Hampshire was vandalized, along with the Concord, New Hampshire residence of another NHPR employee involved in the investigation into Spofford. In May, Chooljian’s home in Melrose, Massachusetts was also vandalized, including a brick thrown through a window and the words “Just the Beginning” spray painted on an exterior wall.

That month, Middlesex County District Attorney Marian Ryan released a video of the alleged perpetrator and said that her office would look into NHPR’s recent reporting as a possible factor in what appears to be coordinated vandalism. Ryan’s office said Wednesday that its investigation remains ongoing.

Spofford has denied any involvement in the vandalism, and said NHPR’s own reporting on the incident falsely implicated him in the attack, further harming his reputation.

After struggling with drug addiction that began as a teenager, Spofford used his story of recovery to help grow his business into the largest provider of substance misuse treatment in the state. He also gained a reputation as the go-to voice on opioid recovery in New Hampshire, testifying in front of the U.S. Senate in 2015 at the invitation of former Sen. Kelly Ayotte. Gov. Chris Sununu previously said that he would reach out to Spofford when he needed advice on how the state could stem a devastating opioid epidemic.

After selling the company last year, Spofford purchased a waterfront home in Miami for $20.75 million, according to NHPR’s previous reporting. He launched Spofford Enterprises, described as an entrepreneurial investment firm, with offices in New Hampshire and Florida. In his defamation suit, he alleges that NHPR’s reporting has harmed his ability to raise funds for new ventures. The suit says that “he has had financial institutions decline to do business with him, he has had vendors abruptly resign from working with his companies, and he has been distanced from working with New Hampshire politicians.”

The lawsuit also criticizes NHPR’s use of metatags, which collate stories by subject matter on the station’s website. For the investigation, NHPR used the metatag “sexual assault,” among other tags, which Spofford’s lawyers argue unfairly implied he had committed a crime.

NHPR and lawyers for Spofford previously discussed a potential resolution to the dispute, according to documents provided in the court filing. Ultimately, an attorney for NHPR wrote that it was prepared to fight any defamation lawsuit.

“To state the obvious, Mr. Spofford is a public figure, and NHPR’s article concerns matters of public concern,” attorney Sigmund Schutz wrote to Spofford’s legal team in May. “The article is therefore entitled to the highest level of constitutional protection.”

Editor’s note: In keeping with NHPR’s practice around reporting on internal matters, no other NHPR staff or leadership reviewed this story prior to publication. The story was edited by Cori Princell of the New England News Collaborative.