FAIRFAX COUNTY, Va. (WRIC) — Police in Fairfax are working to determine if the same men are involved in a series of smash-and-grab robberies at jewelry stores across the county.

Police believe the same men are responsible for both robberies. In both incidents, the suspects used hammers to break the display cases and left the malls in stolen vehicles which were later found in nearby parking lots.

The suspects, who were captured on security cameras, are described as Black men wearing gloves and masks, standing about 6′ with average builds.

A similar incident took place at a jewelry store in the Springfield area on Sept. 20 and police are working to determine if the same suspects are involved. At 11:50 a.m. on Sept. 20, two men went into Sonia Jewelers and Boutique on Backlick Road. One of the men took out a handgun and the two men proceeded to destroy display cases with hammers. 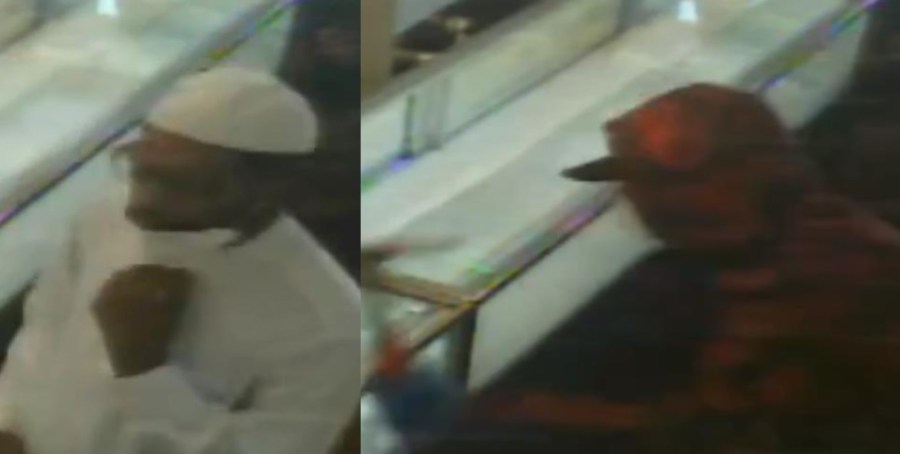 Fairfax Police say the three men pictured are suspected of a smash-and-grab robbery at a jewelry store in the Springfield area. (Photo: Fairfax Police)

Anyone with information about any of these incidents, or any similar incidents, is asked to call the Fairfax County Police Department at 703-246-7800, option 3.