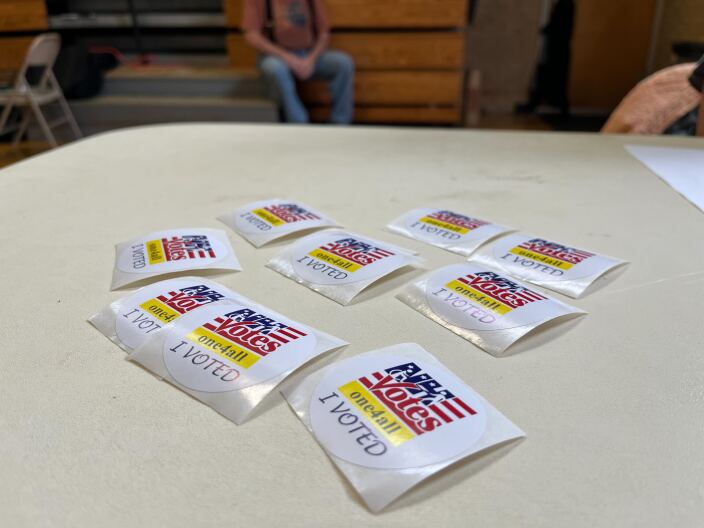 This story was originally produced by the Keene Sentinel. NHPR is republishing it in partnership with the Granite State News Collaborative.

An organized effort to force a hand count of ballots slowed the tabulation of results in Tuesday’s primary election by hours in some places, New Hampshire Secretary of State Dave Scanlan said Friday.

Groups opposed to voting machines urged people to write in the names of the candidates they support, even when those names were already printed on the ballot. This forced election officials to count those votes by hand.

“It’s disruptive to the process,” Scanlan said in an interview. “It’s a current concern. It really stresses the system when you have poll workers who have been at it for 12 to 16 hours now having to count all these ballots at the end of the night. It probably increases the chances for errors.”

Scanlan didn’t have an estimate for how many ballots were cast this way but said the activity occurred at some of the state’s larger polling places and was seen in Londonderry, Windham, Merrimack and elsewhere.

Full election results are usually seen in New Hampshire around 11 p.m., but on Tuesday, the full tabulation was not reached in some races until hours later — 3 a.m. in one case, Scanlan said.

This was not a problem in Keene. Assistant City Clerk Terri Hood said there did seem to be an uptick in write-in votes, but not enough to delay the count.

Scanlan said he will reach out to groups backing the write-in effort and try to gain a better idea of their concerns. He said he doesn’t want to dissuade write-in votes on a general basis, but does want to explain this is unnecessary when the name already appears on the ballot.

Terese Grinnell, 48, of Loudon, who lost by a landslide in a Republican primary race to Executive Councilor Theodore Gatsas of Manchester, said a pro-liberty group she is involved in, We The People, encouraged people who doubt the accuracy of voting machines to write in the names of their preferred candidates, even if those names were already on the ballots.

She said the intent was to encourage people to vote who were so disenchanted with the process that they otherwise might not do so.

“We can’t have them shut down. So we said, ‘If you don’t want to vote in the traditional way, here’s another option,’ ” said Grinnell, one of nine people arrested on allegations of being disruptive at an Executive Council meeting in October.

Ballots that have the write-in oval filled in are routed to a bin separate from the other ballots. Election workers check the bin at the end of the night and hand count those races that have write-in votes.

Former President Donald Trump’s false claim that the 2020 election was stolen from him led to and inflamed conspiracy theories that voting machines were rigged and boosted efforts in some states to require that all votes be counted by hand.

In New Hampshire, Scanlan and Republican Gov. Chris Sununu say the state’s election system is accurate and trustworthy. More than 80% of the ballots in the state are counted by AccuVote optical scan machines that are not connected to the Internet. The others are counted by hand, typically in small communities.

Legislation that was rejected unanimously in a New Hampshire House committee in August sought to ban all voting machines in the state and force a hand count of all ballots. More than 800,000 ballots were cast in New Hampshire during the 2020 presidential election.

A bill approved this past legislative session required an audit of the performance of voting machines.

Primary ballots cast in Hopkinton and Laconia’s Ward 1 were sent through a high-speed scanner in the State Archives building in Concord Thursday to compare the results to those rendered by the AccuVote machines.

The two sets of results were identical in Laconia’s Ward 1.

Out of 1,360 ballots cast in Hopkinton, there was a three-vote discrepancy on the Republican side and a one-vote difference on the Democratic side, which the auditing team thinks may be attributable to a reported jam in an election machine.

Scanlan said the audit affirmed the accuracy of the AccuVote devices. Further audits will be done after the general election.

These articles are being shared by partners in The Granite State News Collaborative. For more information visit collaborativenh.org.