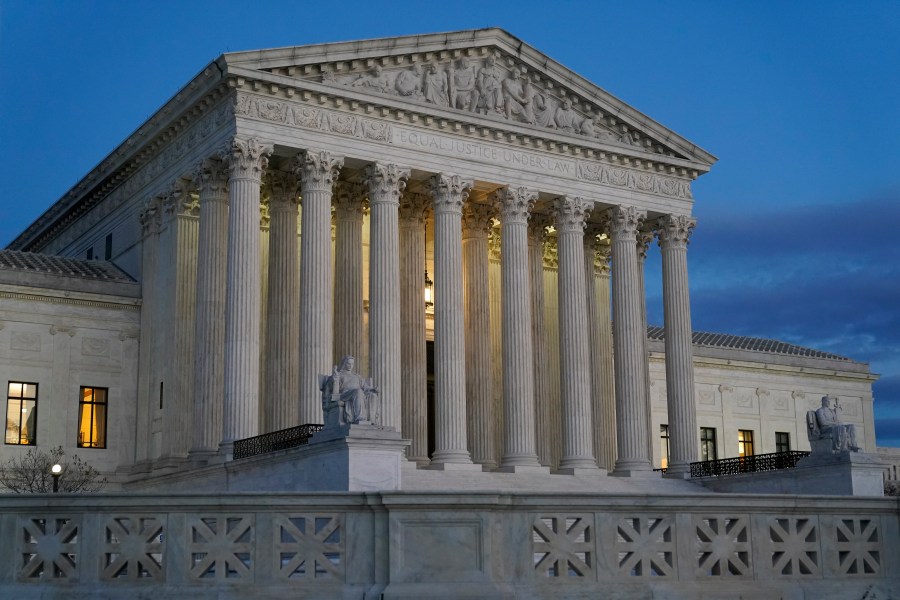 The Supreme Court on Thursday agreed to review the Biden administration’s effort to reinstate its student debt relief plan, but the justices declined to immediately revive the program.

In a brief unsigned order, the court indicated it would hear arguments in the case as early as February.

The move comes after the administration urged the Supreme Court last month to clear one of the legal obstacles blocking the policy.

The administration is currently fending off two separate rulings issued in recent weeks that have effectively halted President Biden’s student loan forgiveness plan, which would give federal borrowers making less than $125,000 a year up to $10,000 debt relief.

The appeal to be heard by the justices arose after the St. Louis-based U.S. Court of Appeals for the 8th Circuit halted the loan relief program.

Separately, the New Orleans-based U.S. Court of Appeals for the 5th Circuit last night denied the administration’s request to revive the policy while it appeals a lower court ruling.

Biden’s policy, which the Congressional Budget Office estimates will cost about $400 billion over 30 years, has drawn numerous legal challenges. Its aim is to forgive up to $10,000 in federal student loan debt for those making under $125,000 annually and up to $20,000 for recipients of Pell Grants, which assist students from lower-income families.

In court papers filed last month, the Department of Justice (DOJ), on behalf of the administration, told the justices the program’s current legal status has left “vulnerable borrowers in untenable limbo.”

“The [8th Circuit’s] injunction thus frustrates the government’s ability to respond to the harmful economic consequences of a devastating pandemic with the policies it has determined are necessary,” U.S. Solicitor General Elizabeth Prelogar told the justices.

The administration’s appeal followed a unanimous ruling by a three-judge panel of the 8th Circuit that halted Biden’s massive debt relief plan.

The ruling was a win for six conservative-led states — Nebraska, Missouri, Arkansas, Iowa, Kansas and South Carolina — that challenged the program on the grounds that they were harmed by a freeze on the collection of student loan payments and interest. Among the challengers’ arguments is the claim that the debt-relief usurped Congress’ authority.

The White House, for its part, maintains that its policy is authorized by a 2003 federal law known as the Higher Education Relief Opportunities for Students Act, which both the Trump and Biden administrations have drawn upon to alleviate student borrowers’ financial strain during the global pandemic.

In a related legal development last month, a Trump-appointed federal judge in Texas invalidated the program, saying the presidential action unlawfully encroached on Congress’s power. The Biden administration is appealing that decision to the 5th Circuit.

Several other similar challenges to Biden’s plan have so far proved unsuccessful. Among them were two cases that eventually sought emergency relief in the Supreme Court but were unilaterally rejected by Justice Amy Coney Barrett.