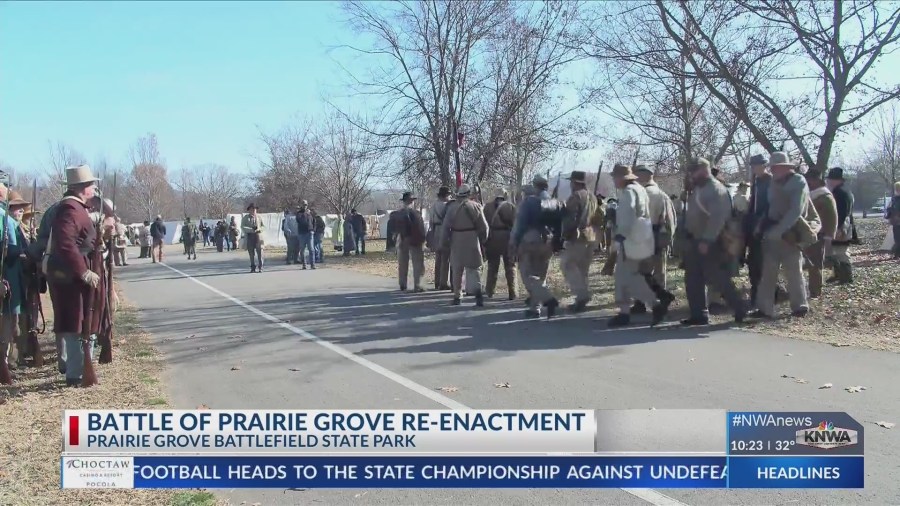 The battle happened on Dec. 7, 1862, and was the last major Civil War battle that helped the Union secure Northwest Arkansas. More than 22,000 soldiers fought resulting in 2,700 casualties.

“We’ve got a lot of people that are local that are visiting, but we’ve got so many from out of state,” said Mattison Griffin, a park interpreter.

The last reenactment took place in 2018. The park was happy to have people from surrounding states celebrate the the historical 900 acres of park.

“A lot of the re-enactors have come from Arkansas especially, but we’ve got some that are coming from Texas, Missouri, Oklahoma, and states across the country that have come to take part in this,” Griffin said.