People on the Move is a rundown of recent hirings, promotions, appointments and other notable movements by professionals in the state. If you’re interested in submitting an entry, please contact news@delawarebusinesstimes.com. 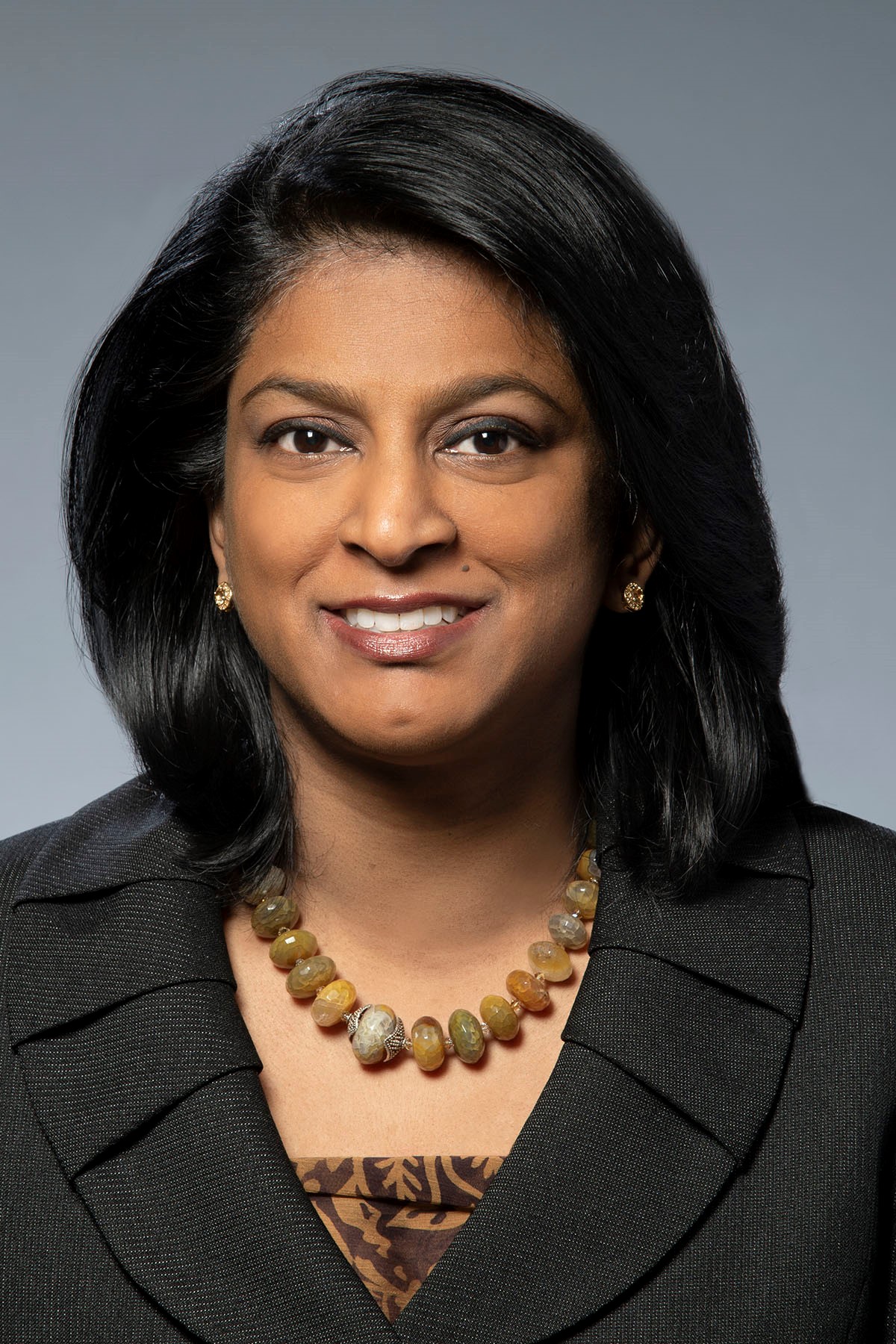 Named for the trailblazing NEWPF founding board member, the prestigious annual Freda Johnson Award recognizes two women—one in the public sector and one in the private sector—who exemplify Johnson’s qualities as a trailblazer, leader, innovator, and mentor. Annual winners are among the most influential women in the industry, whose extraordinary accomplishments are helping redefine the public finance landscape.

Ninan’s legal practice has driven economic development through the financing of facilities for educational institutions, utility systems, manufacturing, affordable housing, and health care. She was the first woman to serve as Chair of Ballard Spahr’s nationally recognized Public Finance practice, the position she held prior to becoming co-chair of the Finance Department. She currently oversees the strategic direction of a Department comprised of more than 120 Finance attorneys in firm offices across the country.

The Freda Johnson Award is the latest in a series of accolades recognizing Ninan for her accomplishments as a lawyer and leader, as well as her deep commitment to advancing the professional development of female attorneys and attorneys of color through mentoring, networking, and organizational leadership.

“Mark is the quintessential servant leader, and his consummate expertise in health care operations is critical to achieving our vision of creating the healthiest generations of children,” Nemours Children’s President and CEO R. Lawrence Moss, MD, said in a statement. “As we evolve our children’s health system for continued operational excellence, innovation, and the expansion of value-based care, Mark is the right leader at the right time to help Nemours Children’s achieve our strategic goals.”

“I joined Nemours two years ago because it was the only health care system in the country that had a bold plan and vision to not only help children recover from illness but to prevent them from getting sick in the first place,” Mumford said. “I knew that this was where I wanted to be. All of us at Nemours are committed to going well beyond medicine to help even more children access the best care, outcomes, and comprehensive approach to their well-being.”

Arden Trust Company announced the appointment of Kiliaen v.R. Ludlow as chief operating officer. In this role, Ludlow will be integral in providing leadership and vision to ensure the limited purpose trust company under the ownership of Kestra Holdings continues to provide premiere client service and build on its strong track record of growth.

Ludlow brings over 20 years of financial services industry experience, most recently as executive vice president of Operations & Technology at Continuum Advisory. With a strong track record of business development, relationship building and operational insight in wealth management, Ludlow’s pedigree brings strategic know-how for driving revenue and growth for the firm. During his tenure in the industry, he also held posts at Triad Advisors and Fidelity, where he spent time supporting multi-level relationships with key decision-makers and influencers and overseeing back-office operations.

“Kiliaen brings a wealth of experience to Arden Trust that will allow us to continue to support and align our values, culture, platform and organic growth,” Doug Sherry, president of Arden Trust, said in a statement “His appointment as COO is part of our continued commitment to providing the best possible service to our clients.”

Ludlow will be tasked with creating and designing the future operations of the company, leveraging appropriate technology solutions that will provide efficiencies, alignment, scale, and organic growth. He will work closely with the president and C-suite on strategy and overall organizational structure.

Delaware Electric Cooperative (DEC) has named Rob Book acting president and chief executive officer. Book was selected for the top job by the Co-op’s board of directors in November. He previously served as the senior vice president of member services at the Greenwood-based Co-op and brings more than two decades of utility experience to the job. Book takes the reins of the Co-op from Greg Starheim, who will continue to serve as a senior advisor to DEC until the end of January 2023. 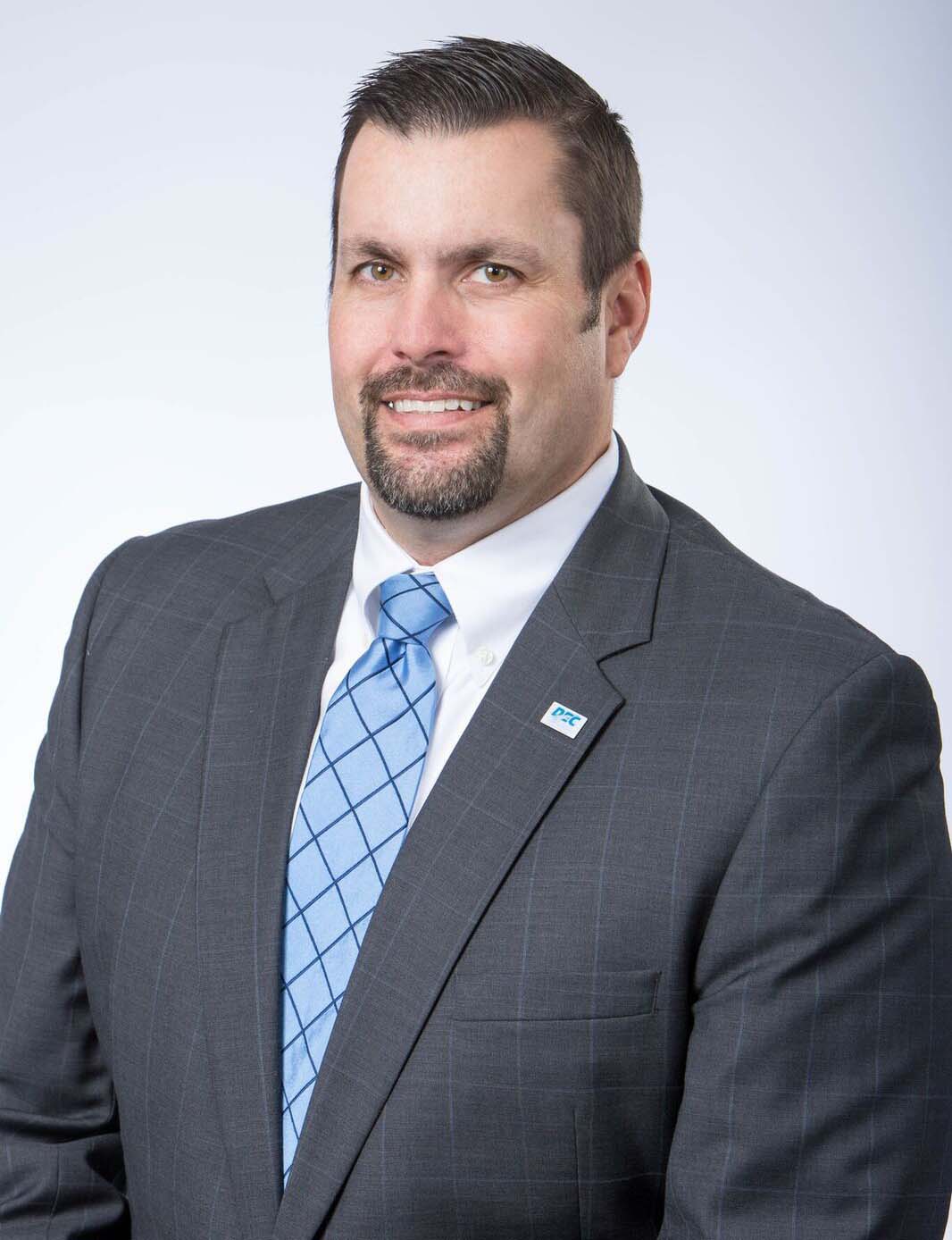 “For more than 20 years, I have been honored to serve members in various roles at the Co-op — I’ve also been proud to call the 170 DEC employees I work with family,” Book said. “What we do at DEC is special. Every day we’re focused on how we can provide affordable, reliable and sustainable power to Delawareans. As a not-for-profit utility, we are committed to doing what’s best for the people we power.”

Book started his career at DEC as coordinator of informational services back in 2001. During his tenure, he worked as manager of government and community relations, assistant vice president of member services and was promoted to senior vice president in 2020.

During his time at DEC, Book was instrumental in launching DEC’s nationally recognized Beat the Peak program, which has saved members more than $38 million since 2008. He also distinguished himself as a community leader, serving on the boards of numerous organizations, including Waters Edge Church, the Delaware State Fair, the Delaware State Chamber of Commerce and the Bayhealth Foundation.

Book said the DEC team will remain focused on maintaining excellent reliability, providing members with affordable and reliable power and preparing the grid for the growing popularity of electric vehicles. “The energy industry is undergoing a dramatic transformation, which brings both challenges and opportunities for our Co-op. My goal is to ensure we are able to provide clean 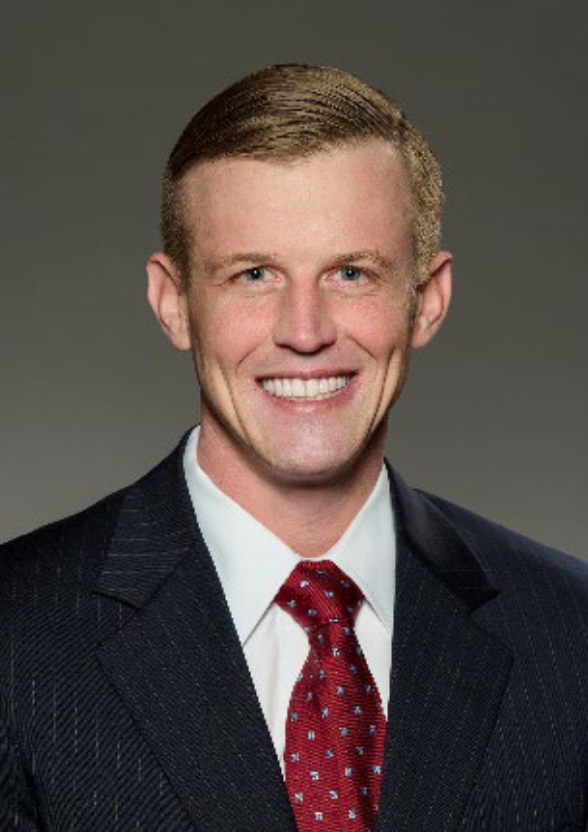 er and more reliable energy to members while keeping costs as low as possible.”

Kelly joined Artesian in 2013 as manager of Business Applications and was promoted to the director of Information Technology in 2016. Prior to joining Artesian, he served as a manager for PricewaterhouseCoopers, where he progressively advanced from an associate; leading information technology audits, financial audits of publicly traded institutions, and utility meter to cash system engagements.

During his time at Artesian, Kelly, who is responsible for all Information Technology functions, has directly led and overseen all enhancements to the technology portfolio including; enterprise applications, infrastructure, business process automation, analytics, and cybersecurity.

“Ray’s accomplished background and ongoing contributions not only ensure that our Information Technology remains innovative but he has played a critical role in seamlessly integrating our recent acquisitions, burnishing our reputation as a reliable partner as we rapidly grow our business,” Dian C. Taylor, chair and CEO, said. “I am confident that Ray will continue to prove as a valuable resource furthering Artesian’s strategic objectives.” In his expanded role, Mr. Kelly will join the executive leadership team as a corporate officer. 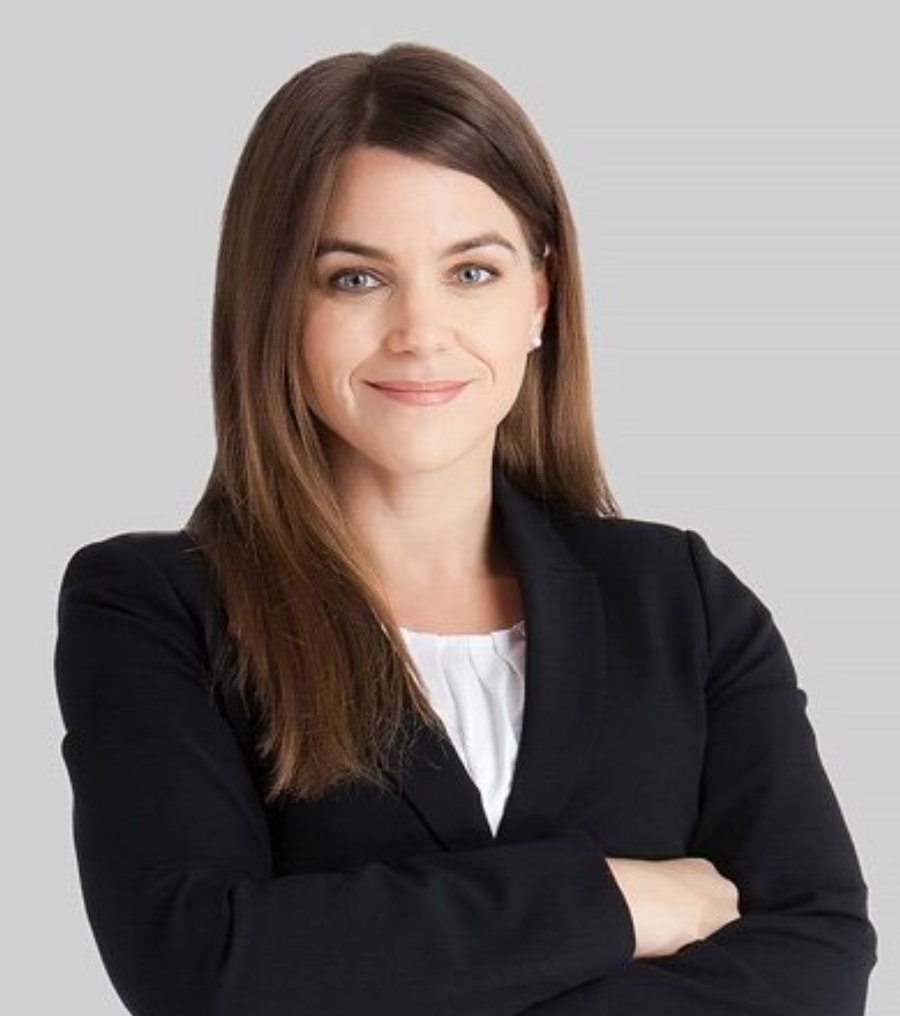 Emerson plays a vital role as lead advisor for the executive officers and Board of Directors on all legal matters that impact Artesian’s business. She oversees all legal filings, records, documentation and proceedings. In addition, she is the Corporation’s liaison with the Delaware Public Service Commission. Her handling of several acquisitions this past year has proven her value as a member of our team.

Prior to joining Artesian, Emerson served as senior associate at Fox Rothschild in Wilmington. As a Delaware native, she has served our local community as an emergency manager for nearly a decade with the Delaware Emergency Management Agency, where she wrote and managed their operations plan. Emerson obtained her law degree from Widener University Delaware Law School and is admitted to the bars of Delaware, Pennsylvania and New Jersey.

“Courtney has established herself as a valuable team member and her appointment as Assistant Secretary and an Officer of the Corporation will continue to be a critical part of our ongoing growth as the premier utility on the Delmarva Peninsula,” Dian C. Taylor, chair and CEO, said. 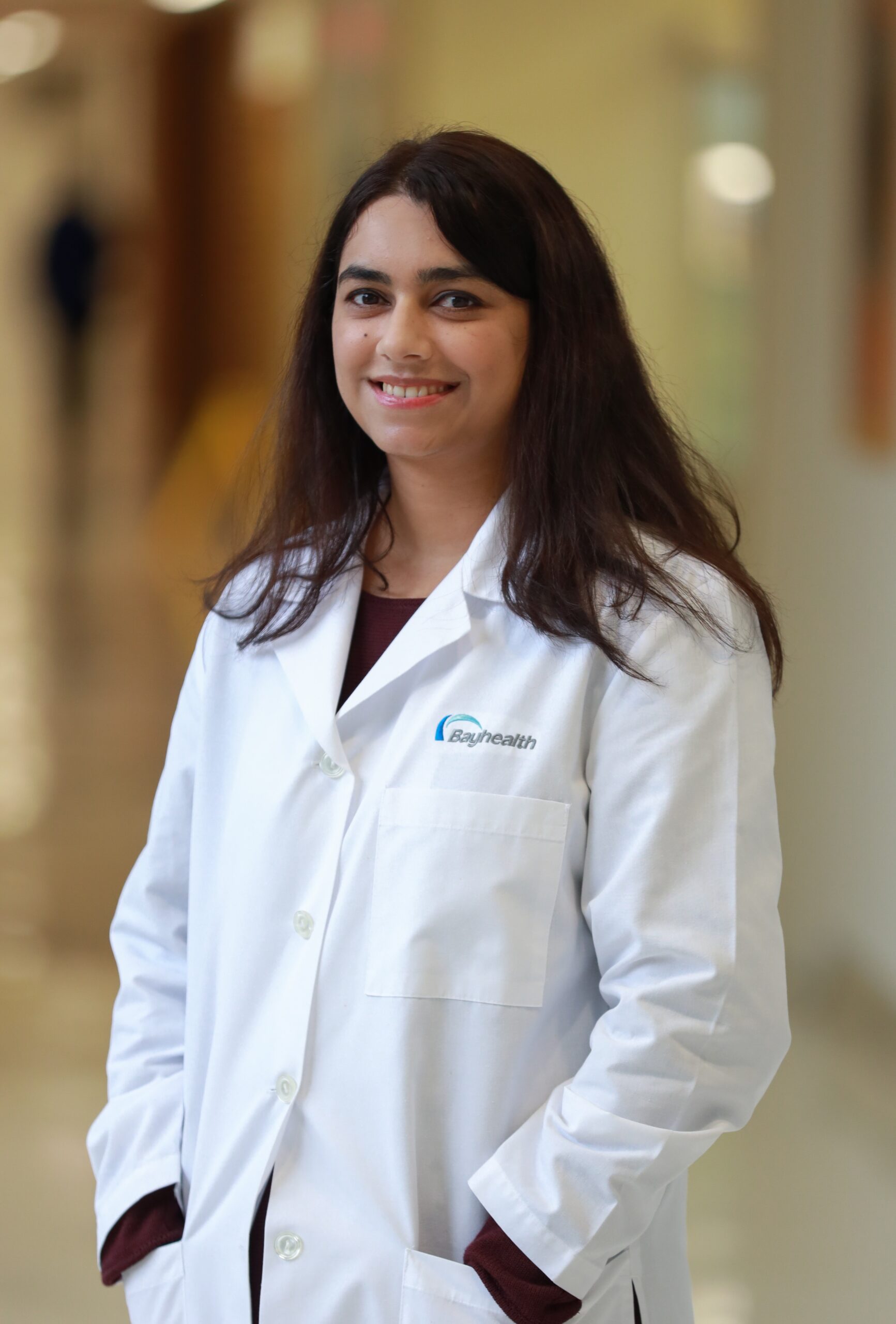 The practice is part of Bayhealth Medical Group, a partnership of highly trained physicians and advanced practice clinicians, their staff, and an administrative support team that operates medical offices throughout central and southern Delaware.

“More than one in 10 Delawareans have type 1 or type 2 diabetes. At Bayhealth we’re committed to strengthening access to the high-quality care that helps our community members live better with this disease,” Bayhealth Vice President, Physician Services and Clinical Integration Lawrence Ward, MD, MPH, FACP, said. “We’re very pleased to add Dr. Amir to our endocrinology team. She not only provides diabetes care, but also has expertise in treating many different hormone-related conditions, such as thyroid, adrenal and pituitary disorders, and polycystic ovary syndrome (PCOS), a common cause of infertility in women.”

Before coming to Bayhealth, Dr. Amir completed an endocrinology fellowship at the Icahn School of Medicine at Mount Sinai Beth Israel, a teaching hospital in Manhattan. It is part of the Mount Sinai health system, one of the largest and most comprehensive in the nation. Dr. Amir has a medical degree from Ayub Medical College in Abbottabad, Pakistan. She completed an internal medicine residency at Lenox Hill Hospital in New York, New York.

“We are delighted to welcome these professionals with such extensive resumes of experience and success in CLOs,” Richard Britt said. “They bring great knowledge to the Wilmington Trust team, and we look forward to leveraging their capabilities and insights to help us continue delivering the high-quality service our clients have come to expect. Bringing on this group demonstrates our commitment to this space and the significant investment we are continuing to make in our CLO and Loan Administration division.”

Cung, Lindsay and Edmiston join from U.S. Bank and bring a seasoned skillset of relationship management, warehouse administration practices, cash management and collections, deal closing, document review strategy and analytic organization. Thiele, who joins the team from Deutsche Bank, has 15 years of experience managing and reporting all requirements throughout the CLO life cycle.

Cung joins as a CLO transaction manager and will be responsible for reviewing, analyzing and negotiating transactions and governing documents. She joins from Bank of New York Mellon where she managed prominent investment bank relationships alongside internal and external counsel. Additionally, she provided transaction management consultation to internal groups, helped develop strategies to streamline processes and procedures, and trained junior colleagues.

Deputy Chief of Staff David Sophrin announced he will leave City government after 10 years of service to the people of Wilmington to become assistant Town Manager in Middlebury, Vermont. Sophrin has served two Mayors as a Policy Analyst, Policy Director, and as of last year, Deputy Chief of Staff when he was appointed by Mayor Purzycki.

Mayor Mike Purzycki announced City government veteran Stephanie Mergler will assume the Deputy Chief of Staff position. Mergler is a former City Budget Analyst and currently has multiple duties in the Mayor’s Office including policy development and coordinator of the City’s administration of its American Rescue Plan and distribution of funding. Stephanie previously served as Administrator of Wilmington’s 311 Customer Service Center.

“It is tough to lose an extremely talented, experienced and knowledgeable person like David Sophrin who was integral for many years to the management of City government, but we are very fortunate to have someone on staff who is as skilled, gifted and efficient as Stephanie Mergler to assume this important role,” Mayor Purzyck said. “David has analyzed, dissected, constructed, and reconstructed numerous laws and policies over the past decade to help government react to the needs and concerns of City residents and to make the government operate more efficiently. I wish David well in his new position and thank him for his years of service. I also welcome Stephanie to her new assignment and thank her for her continued leadership.”

Grayson will represent all the chapters in the Mid-Atlantic Region on the National Executive Committee. The region includes, Delaware, 3 chapters from Maryland, Virginia, West Virginia and Washington DC. She was ABC Delaware Chair in 2015 and is the second chapter member to hold this position.

“ABC congratulates Lorri on her newly elected position,” Ed Capodanno, ABC president, said. “We are excited to have representation at the Executive committee level and know that Lorri will do an outstanding job.”