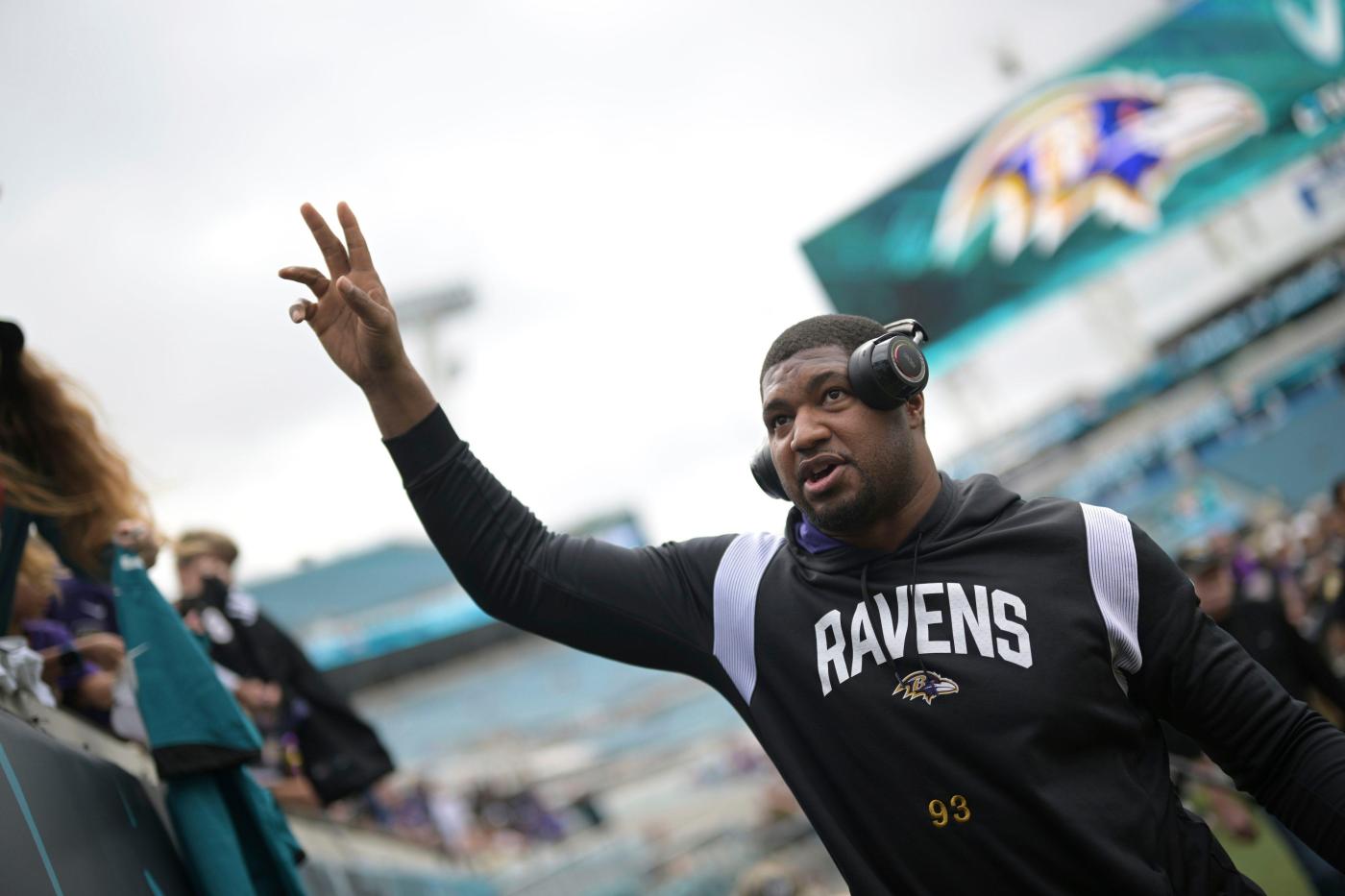 Three days after the Ravens’ first collapse of the season, cornerback Marlon Humphrey’s phone was still making him mad. The Ravens had squandered a 21-point fourth-quarter lead in a 42-38 home loss to the Miami Dolphins, and Humphrey, one of the team’s most social-media-inclined players, was letting himself get angry all over again.

“Dang, bro,” Humphrey recalled saying in the wake of the Week 2 implosion. “Look what they said.”

“You’re on Twitter?” running back Gus Edwards told him. “Get off that.”

“Dang, bro,” Humphrey said, recounting their exchange at a media availability two weeks ago. “I think you’re kind of right.” He deleted the Twitter app from his phone and said he’s used it only sparingly since, preferring to have an intermediary tweet for him when he wants to engage with his 190,000-plus followers.

The ever-present perils of social media were made abundantly clear Sunday, after the Ravens’ fourth collapse of the season. About an hour after the team’s last-minute 28-27 loss to the Jacksonville Jaguars, quarterback Lamar Jackson lashed out at a fan who’d tagged him in a tweet saying the Ravens should not commit to him financially.

Jackson, a pending free agent with over 1 million followers, told the fan to “STFU” — “shut the [expletive] up” — and ended his comment with a vulgar insult. Before the message was deleted hours later, it had been retweeted thousands of times. The exchange became fodder for sports talk in Baltimore and beyond.

Ravens coach John Harbaugh said he met Monday with Jackson to discuss his tweet, which he called “so out of character for him.” (Jackson was scheduled to address reporters Wednesday, but a quadriceps injury delayed his news conference.) Harbaugh also said the incident reflected his more general wariness of social media.

“Really, you just beg guys not to get into the Twitter world right after the game, especially after a loss,” Harbaugh said Monday. “It’s never going to be positive. It’s not going to be a nice place. … That’s not the way [Jackson] speaks, that’s not the way he talks, it’s not the words he ever uses. I’ve never heard him say things like that before, but he wants to win. I’m sure he’s frustrated, just like we all are, and that’s just a place you just don’t want to live right after a game.”

It can be hard to avoid. Defensive lineman Calais Campbell said Wednesday that “everybody” engages with social media after games, especially games with more positive results. “When you win,” he said, “you want to look at everything.” But he added: “When you lose, it’s like, ‘Eh, turn this off.’”

After Sunday’s loss, in which the Ravens gave up leads of 19-10 early in the fourth quarter and 27-20 with about two minutes left, players said they couldn’t let the game “beat you twice.” Regardless of how Week 12 had ended, they had to regroup in time for Week 13, a home game against the slumping Denver Broncos.

“At the end of the day, the main thing of ‘Don’t let it beat you twice’ is that you move on and start preparing for the next game,” Campbell said. “You don’t want that hangover, where you’re still frustrated, still kind of moping around, and you don’t prepare like you should, you don’t put the work in. But the work we’ve put in so far already this week has been great. We have a lot more work to put in.”

Inside linebacker Patrick Queen, one of the team’s most popular players on Twitter, knows what awaits him on the platform. Sometimes it’s critics he’ll engage with. Sometimes it’s memes he’ll laugh at.

“For me, honestly, I get on Twitter because Twitter’s got a lot of funny stuff on it, obviously, and stuff,” Queen said Wednesday. “So I like to look at funny videos and stuff, but if I see somebody [mention] me, sometimes I might reply. Sometimes I might not. It is what it is. Half of them don’t even know what they’re talking about anyway, so it is what it is.”

Outside linebacker Tyus Bowser, who co-hosts a bimonthly radio show for PressBox during the season, said he was asked at Tuesday’s taping how he handles situations where he feels almost compelled to comment. Bowser said he usually holds his tongue; the less attention he pays to social media comments, the more likely he is to avoid further blowback.

“These people who probably are under a basement, don’t have anything going for themselves — it’s like, why do you give that attention to those types of people?” he said Wednesday. “Because you have better things to accomplish. You have better things to worry about. So in those situations, I don’t worry about them. I mean, people are going to say what they want to say, but at the end of the day, we’re pros. We’re guys who play this game, and they’re just spectators. So not too many people know what they’re talking about, so there’s no reason to even give them guys the attention.”

Campbell, who’d joined a small group of reporters around Bowser in the locker room after practice, looked on, impressed.

“Hey, man, I’ve been through a lot in the past five years, man. So when you start seeing stuff, you’ve just got to learn how to block it out.”

Campbell shook his head. “That Twitter, that changed the game, bro. We can all see what everybody thinks of us.”

“Hey, I’ve been seeing it, man,” Bowser said, grinning. “I’m trying to stay away from it.”