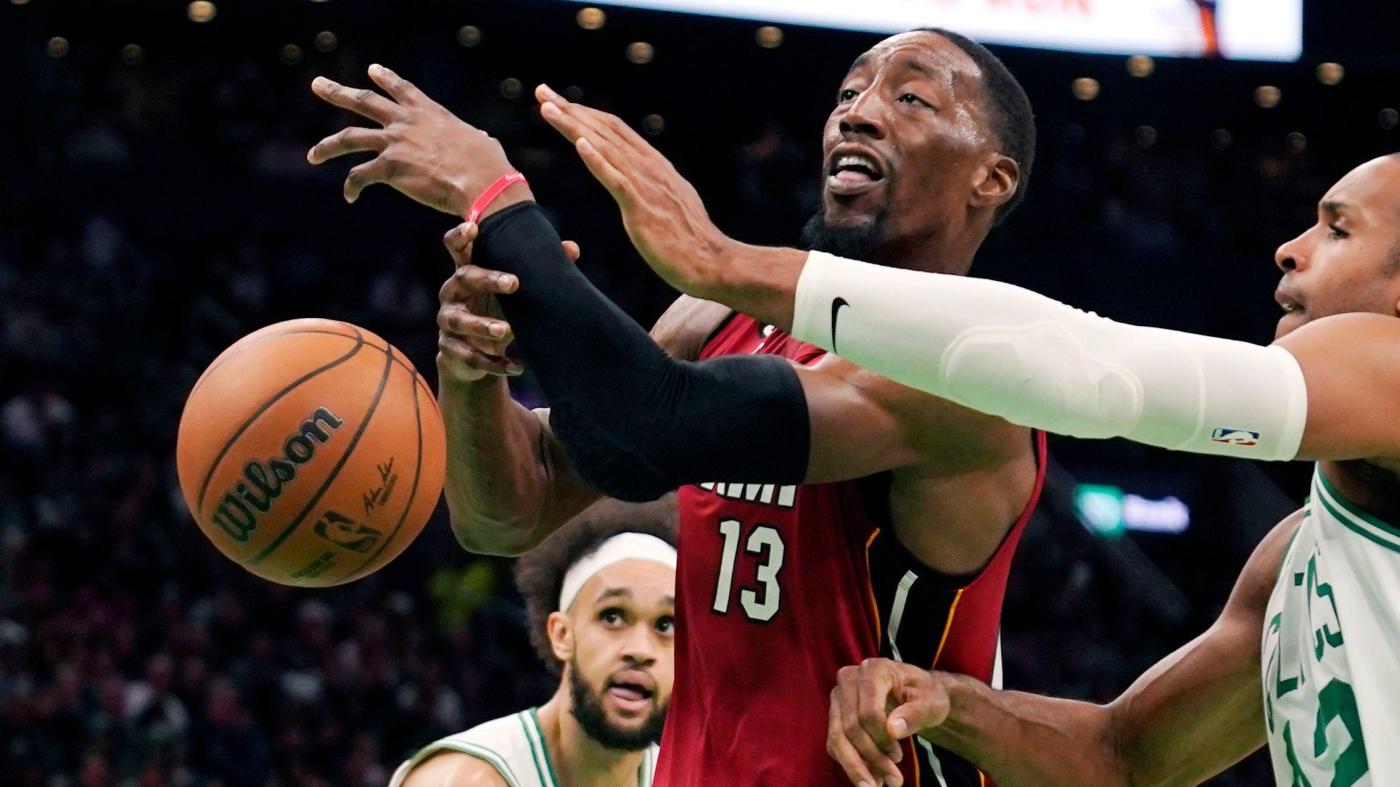 This is the other part of the leading-man role that Bam Adebayo has evolved into, particularly in the Miami Heat’s absence of Jimmy Butler.

The shots that previously weren’t there now have been there in abundance. After attempting at least 20 shots in consecutive games for the first time in his six-year career in the Heat’s previous two games, victories over the Washington Wizards and Atlanta Hawks, Adebayo attempted 19 in Wednesday night’s 134-121 loss to the Boston Celtics at TD Garden.

What the Heat center didn’t get, isn’t getting, in his view, is the respect of someone working his way to the next level.

Wednesday night it wasn’t as much about the five fouls he was called for during his 38 minutes, 45 seconds. It was about the calls that weren’t made while he was playing in attack mode.

Even more disappointing, he said, was not receiving a response to his concerns.

So with 24 seconds remaining, there first was a technical foul issued to Adebayo by referee Tony Brothers and then another from referee Nick Buchert, leaving Adebayo ejected.

“I mean, me personally, I don’t really get bent out of shape about fouls,” Adebayo said, with the Heat turning their attention to Friday’s rematch against the Celtics at TD Garden. “My biggest thing is like, my mom taught me ever since I was younger, if somebody’s talking to you, you look at them dead in the eyes. I feel like that’s unprofessional when players come to try come talk to you and you don’t look at them and, you know, acknowledge them.

Adebayo said no detailed explanations were forthcoming, with a different officiating crew to work Friday’s game.

“I asked if I’m getting fouled? They tell me, no,” he said. “And then I go watch film and they were just pushing me. So it’s one of those things where it’s kind of like, ‘Come on bro, y’all are out here to make the game fair.’ And I’m not saying dudes don’t get touched more than others.

“But our team shooting a total of nine free throws and we’re one of the teams that gets in the paint, lives in the paint, and you’re telling me we only shoot nine? Come on, man.”

The Heat closed 9 of 9 from the line, the Celtics 20 of 23, including the two free throws converted for Adebayo’s technical fouls.

That, more than Jayson Tatum’s 49 points for the Celtics or even Boston’s 22 3-pointers, Adebayo said was what allowed the margin to stand in double digits.

“I mean it’s hard to get a team out of a flow when we only shoot nine free throws and they shoot 23,” said Adebayo, who closed 2 of 2 from the line, in addition to his 10 of 19 from the field, including his first 3-point conversion since Jan. 25, 2021. “I feel like that’s the deciding factor right there. I feel like we shoot 18 total free throws, we’re in the ballgame.”

Even before Adebayo discussed his consternation, coach Erik Spoelstra said his big man had a case.

“I think he had every right to be frustrated in terms of how he was attacking and not really getting some of those hand-checking calls,” Spoelstra said. “He’s really becoming efficient in his faceup. That’s tough to not foul him, when he really goes quick and aggressive and strong.

“And that last play, he had his jersey yanked out and it wasn’t a call and he ended up having that off-balance shot. That was probably after six or seven of those kind of plays.

“I felt his frustrations, as well.”

So instead of the Heat moving back to .500, yet to get above that mark this season, it’s 10-12, with games remaining on this trip against the Celtics on Friday and then on Monday night against the Memphis Grizzlies, with the hope that Butler will be back Friday, after missing the past eight games with a sore right knee.

“We’ll be back,” Adebayo said. “We’ve had an up-and-down season these first 22 games. So I mean, never count us out, though. That’s one thing I’ve said about us, you count us out and we’ll surprise you.”