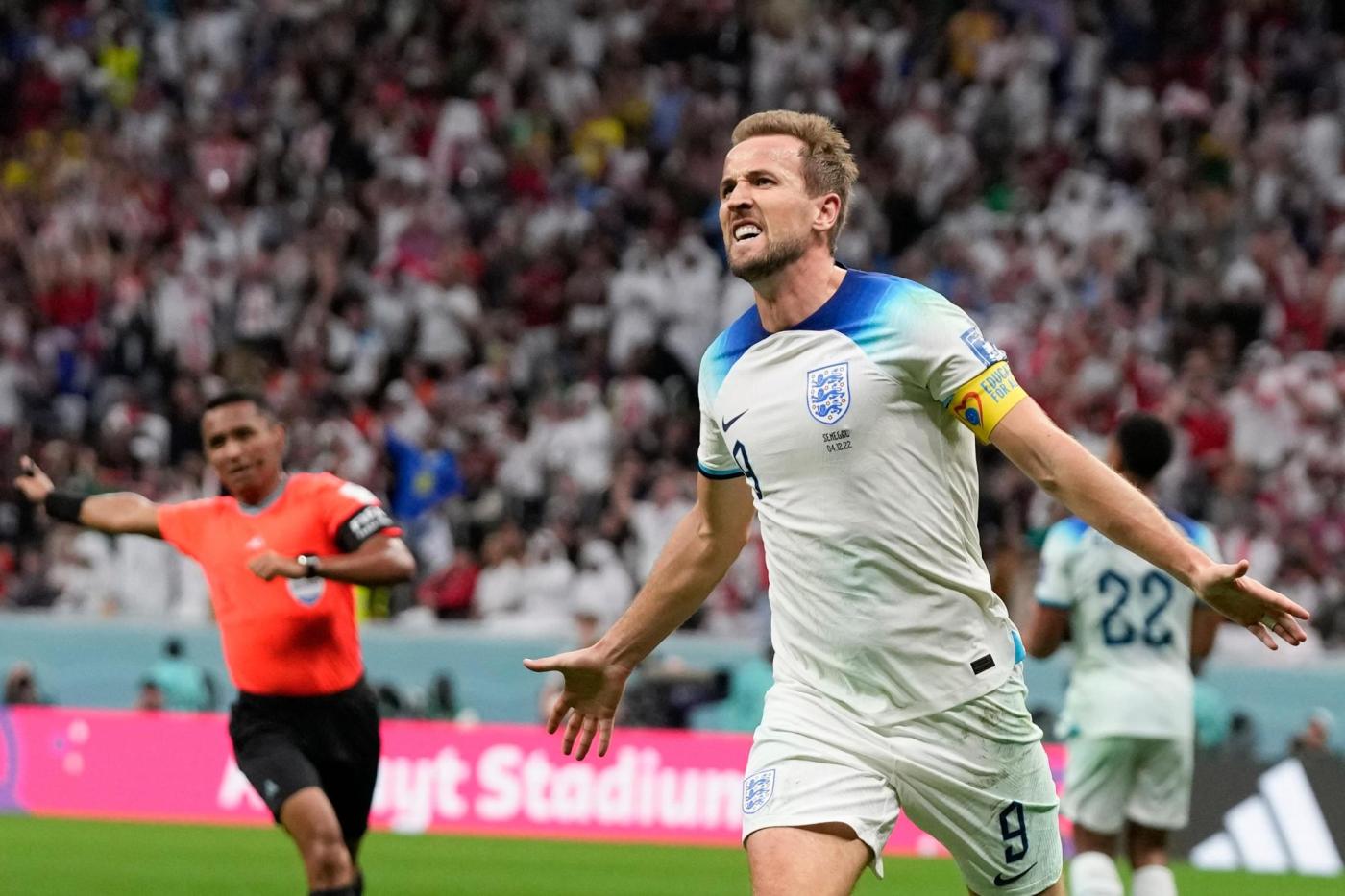 The England captain got off the mark Sunday, scoring his first goal at this year’s World Cup in a 3-0 victory over Senegal that set up a must-see match against France in the quarterfinals.

“I was waiting patiently to try to score and thankfully that was today,” said Kane, who was the leading scorer at the last World Cup. “I feel good and hopefully this can start a good run for me personally because I know that will help the team as well.”

It certainly was a good time for Kane to end his dry spell in Qatar because Kylian Mbappe, the tournament’s leading scorer with five goals, is waiting to face England on Saturday at Al Bayt Stadium.

With that in mind, England could do with its most prolific striker at his sharpest.

“It is the biggest test that we can face,” England coach Gareth Southgate said. “They are world champions, they have an incredible depth of talent, outstanding individual players, very difficult to play against and score goals against. It is a fantastic challenge.

“(Mbappe) is a world class player, has already delivered in big moments in this tournament and in previous tournaments.”

Kane scored six goals at the 2018 World Cup in Russia, each one helping England reach the semifinals. But it has been harder this time around, with the captain having to wait until first-half stoppage time against Senegal to finally get one.

When the moment came, he never looked like missing. Head down, he powered a shot past Senegal goalkeeper Edouard Mendy to put England ahead 2-0. Then, arms spread wide, the relief poured out as he ran away in celebration.

“As a striker scoring goals is what you do and it’s one of the best feelings you can have in football,” Kane said. “The ball just sat up nicely and the connection was perfect. I had one just before that I should have done better with so it was nice to see that one go in.”

It was Kane’s 52nd goal for England, moving him within one of Wayne Rooney’s national record. He also overtook Gary Lineker as his country’s leading scorer in major tournaments with 11 goals.

“You could see the lift that gave him in the second half,” Southgate said. “For any striker, when you haven’t scored, it is there in the back of your mind and you get that lift of confidence when it comes.

“There is nobody I would rather have in that moment bearing down on goal, a really clinical finish.”

England’s great strength at this year’s World Cup has been the amount of different goal threats it has, and another emerged on Sunday when Jordan Henderson gave his team the lead. Bukayo Saka completed the scoring with his third of the tournament.

Marcus Rashford, who has also scored three goals in Qatar, didn’t even make the starting lineup.

“The great thing for us is the goals have been spread,” Southgate said. “We’ve not been dependent upon him (Kane). It’s great that we are showing another side to our attacking play.”

Jude Bellingham is also one of England’s goal scorers, but his game is about so much more. He proved that with a dominant midfield performance against Senegal.

“Goodness me, @BellinghamJude is unbelievably good. He’s the leader in this team. His parents must be so proud. Love him,” Lineker wrote on Twitter after the 19-year-old Borussia Dortmund midfielder crossed for Henderson to score the first goal in the 38th minute.

Up to then, Senegal had been creating the more dangerous chances. But everything changed once Bellingham seized control, charging into the box to set up Henderson before starting the move that led to Kane’s goal.

“I’ve spoken really highly of him,” Kane said. “He’s a fantastic player, has everything with and without the ball, presses really well, getting around the pitch, tackles. With the ball he can run, take players on, play a through ball. As you saw today he was really important with our goals.”

The match was played to the beat of the Senegal fans’ drums, which provided the soundtrack from start to finish. England’s fans struggled to be heard over the noise — even when the result was beyond doubt.

Raheem Sterling was ruled out before the match started because of a “family matter” and is on his way back to England. There was no indication if or when he would be able to return.

Bellingham became the youngest England player to provide an assist at a World Cup.

James Robson is at https://twitter.com/jamesalanrobson