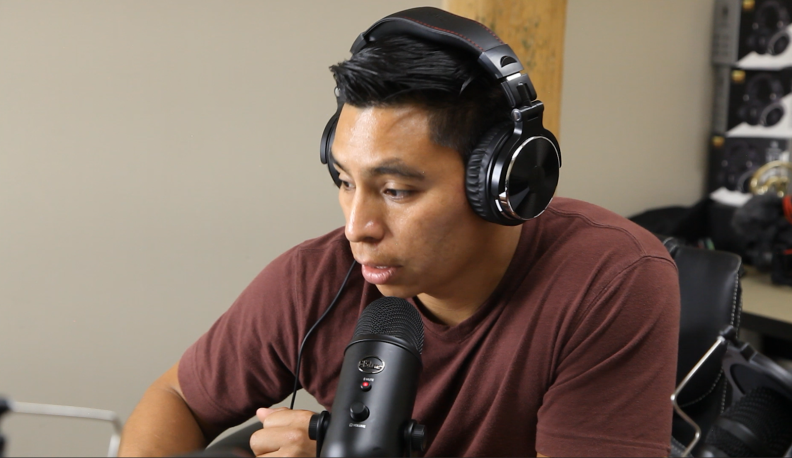 In 2010, Juan Marcos came to New Hampshire to live in a climate he never imagined as a child in his small Mayan community in Guatemala, a town he disapproves of as still very patriarchal. Yet being part of that culture fills him with pride for the many other good things it has taught him.

He came to the United States with the incentive to leave behind the machista customs of his community, but he soon realized that he was just another worker among millions.

Juan Marcos arrived without being fluent in Spanish and even less fluent in English, but he learned both languages in a few months.

“While I advanced in the English classes, I stayed to help my first-time classmates,” says Marcos. “While I taught them what I knew of English, they taught me Spanish.”

Read this story in Spanish here

At 21, he decided to take another step towards his goals, and as an autodidact, he learned to give motivational talks based on his experiences. He inherited his taste for public speaking from his father, who is a pastor. “That’s where I learned how to talk to people,” he says.

He has succeeded in motivating high school students; that’s what he did until the pandemic left him jobless. Like millions of others, he also worked more from home and online. He opened his Facebook page, where he posts motivational videos. His following has grown a lot since then.

In addition to being an influencer, Marcos is a barber and construction worker. He dreams of becoming a speaker at a conference.

This is episode 23. To see all episodes click here.