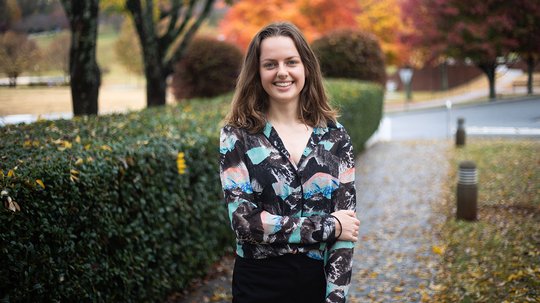 A Danish woman at University of North Georgia became the first student in the college’s history to become a Rhodes Scholarship finalist.

Anna Møller fell just short of winning the scholarship, but she is the first UNG student to make it this far. She is president of the Student Government Association and a senior international student at the Dahlonega campus pursuing a degree in psychology with a minor in organizational leadership.

“I’m still very happy with the process, and when asking what I could have done better, they could not pinpoint anything. I simply wasn’t the best match available,” Møller said in a UNG news release Monday.

Established in 1903, the Rhodes Scholarship is the oldest and most prestigious international graduate scholarship in the world. It covers all expenses for at least two years of study at England’s Oxford University. Nearly 8,000 Rhodes Scholars have gone on to serve at the forefront of government, education and the arts, including former President Bill Clinton.

“The entire University of North Georgia community is incredibly proud of Anna and this achievement,” UNG President Bonita Jacobs said. “Her drive and leadership skills have been evident throughout her time at UNG, and this accomplishment will propel her to further success.”

“Anna is also the kind of leader our world needs,” Lin said. “She has honed her skills relentlessly through her work on sustainability issues, student government and the Honors Program.”

While at UNG, Møller has participated on the university’s Sustainability Committee, and she plans to become an environmental scientist.

“I bring a psychological perspective into it in terms of how can we make these environmental solutions actually work out within communities in countries in terms of what are the psychological barriers between that collaboration being successful,” she said.