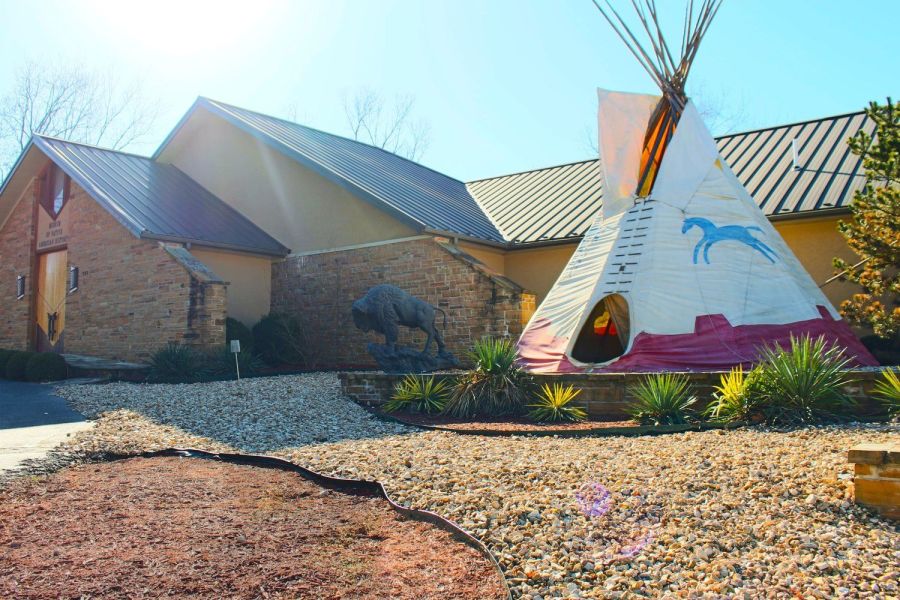 Throughout the month the museum is hosting school field trips, and private tours with its founder, as well as sending people out into the community to teach people about Native American history.

When teaching, Cherokee Nation member, Caitie Holt, takes people through 14,000 years of history, and even though the people she talks to may not become an expert on all 574 tribes, she hopes they can gain more appreciation for the advancements made by Native Americans.

“It is really important that we are not just remembering the past, but the present and the future. We’ve had many Native American people make history to this day, not just with corn and in tools that they’ve used in the past, but we’ve had astronauts go to space that were Native American,” said Holt.

Holt said you can also tie in your Native American Heritage Month celebrations to Thanksgiving.
She said in many Native American tribes it’s important to have a strong relationship with the environment, so you can honor their heritage this holiday by giving thanks to the planet, even if it’s as small as planting something or going on a hike.

“Just noticing the things that that we have to be thankful for, whether it’s the trees, the plants that we get to eat from, the community that we are a part of, even the friendships, the family, the sky. There’s a lot of things that you can be thankful for, and that is what we try to do here at the Native American Museum,” said Holt.

Holt said the best way to celebrate and honor Native American people is to learn, and visiting the Museum of Native American History or its online education tools is a good place to start.