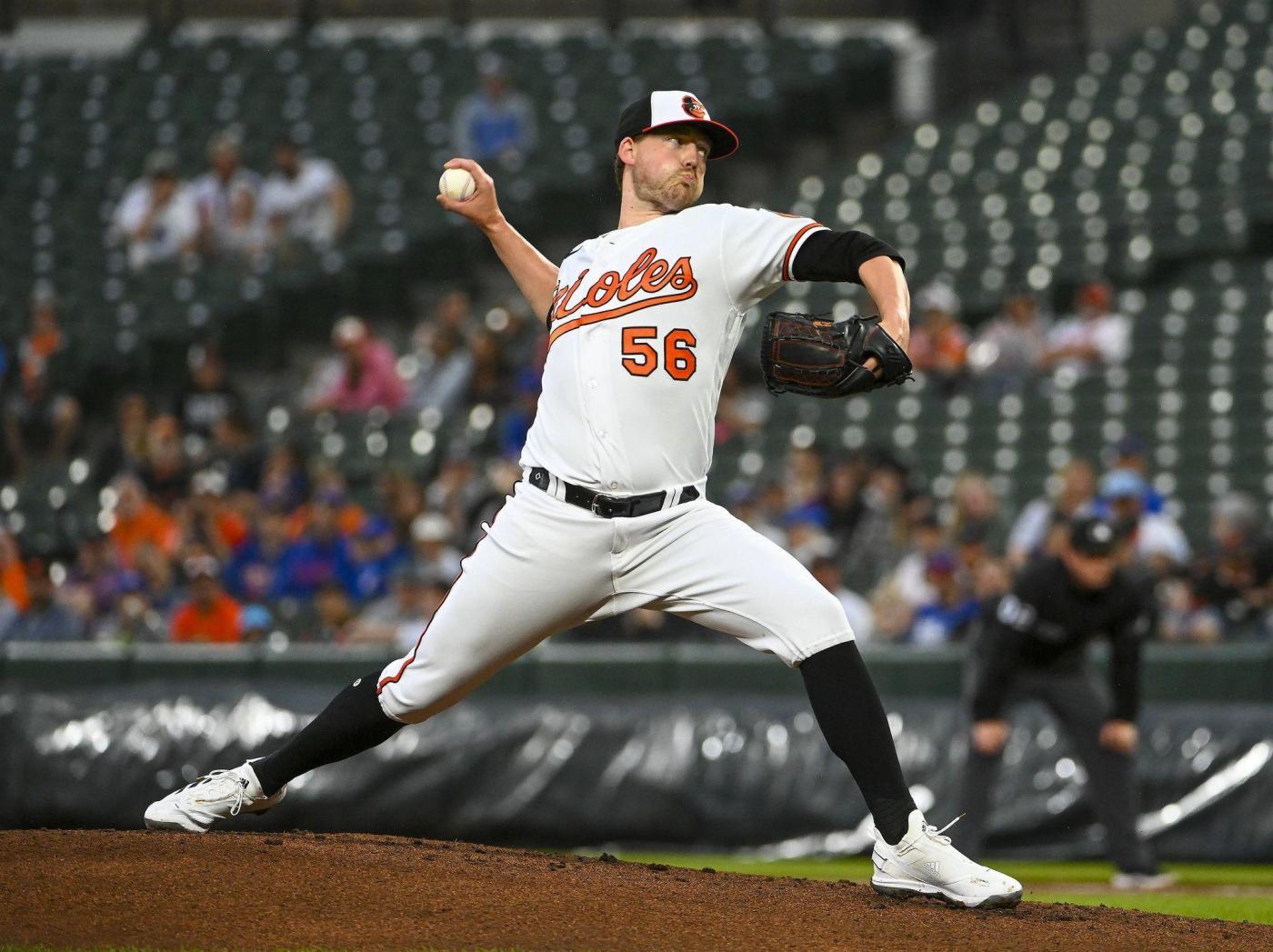 Inside his newly built 2,100-square-foot metal building just outside Valdosta, Georgia, DL Hall has everything he needs. There’s the studio apartment he lives in. There’s a full weight room and even a mound.

Hall hardly needs to leave during the offseason. It’s in that new facility the young left-handed Orioles pitcher is working in to force his way into the Baltimore rotation, learning from the experiences of his one start and a longer stint in the bullpen last season as he pushes for an even larger role next year.

On the other side of the country, right-hander Kyle Bradish is in Arizona at Push Performance. It’s in that training center that Bradish studies what worked and what didn’t from his rookie season, tinkers with his sinker and changeup and aims to carryover the success of his debut season into the next.

As the Orioles look to add starting pitching this offseason to bolster their rotation, there are young internal options who are preparing to prove the rotational help required is already in Baltimore.

They experienced the highs and lows of their first season in the major leagues — they got hit around at times, cut through batting orders at others — and are now on the other side. That leaves Hall and Bradish in a position to take their next steps as key pieces for an organization preparing to take its own next steps.

“I ended with a high-4 [ERA]. I thought that was somewhat impossible at the All-Star break when I had a 7.50,” Bradish said. “But just being able to build off that, I know that I can do this and it’s what I want to do.”

When Hall arrived in the big leagues in August, he featured once as a starter against the Tampa Bay Rays and then was immediately sent back to the minors to learn how to pitch out of the bullpen. He returned a month later and had his moments, such as earning a save at Yankee Stadium.

But on top of his outing against the Rays, there were other occasions when Hall learned that big league opposition could time up his high-powered fastball. He gave up five runs in his debut, and he still looks back on it with a tinge of regret.

“I know it’s hard to do that in your debut, to keep that same mindset, but just not letting myself float off too much and trying to be something that I’m not,” Hall said. “Trying to be a little bit more passive on the mound, whether it’s to keep my pitch count low or to not walk guys, things like that, it’s just keeping that mindset out of my head and just being aggressive.”

Hall learned the necessity of maintaining his same mound presence with time, just as Bradish used a stint on the injured list after his first 10 starts as a chance to reset. He had “two or three good outings when I first got called up” out of those first 10, and “that definitely takes a toll on you,” Bradish said.

But when he returned, Bradish observed how Milwaukee Brewers ace Corbin Burnes set up on the first base side of the rubber. Bradish followed suit, and the results soon followed. His ERA plummeted. And before facing the Toronto Blue Jays for the final time, pitching coach Chris Holt and Bradish employed a modified one-seam sinker.

He threw it regularly throughout his last four starts of the season, and he liked the results. He forced Vladimir Guerrero Jr. into two soft groundouts with it, and Alejandro Kirk rolled over on one. Most importantly, it pairs well with his slider and gives him another dimension heading into his second year.

“I was probably close to 50% slider in my last handful of outings, and nobody really hit them,” Bradish said. “It just opens up that part of the game, my strength.”

As the Orioles approach the winter meetings with starting pitching in mind, Hall and Bradish could be poised to play key roles. Baltimore declined right-hander Jordan Lyles’ 2023 option. Left-hander John Means should return from Tommy John elbow reconstruction surgery midway through next season. Right-handers Tyler Wells, Dean Kremer and Grayson Rodriguez should all be in the rotation mix. Bradish proved capable during his first major league action.

But Hall has a starting role in mind for 2023 and beyond.

Hall was under an innings limit after suffering a stress reaction in his left elbow in 2021, playing a part in his use out of the bullpen. But between his rehab starts, time in the minors and 13 2/3 innings with Baltimore, Hall threw roughly 110 innings, a benchmark he feels he can build on this offseason.

“For me to last a whole season and to get 110 innings I think is a great step in the right direction for me to be a starter next year,” Hall said.

So in Arizona, Bradish works. And in Georgia, there’s Hall in his newly built pitching lab and studio apartment. When it comes time for the Orioles to report to Florida for spring training, the pair can expect to be in the running for the rotation, no matter who else Baltimore’s front office brings in.