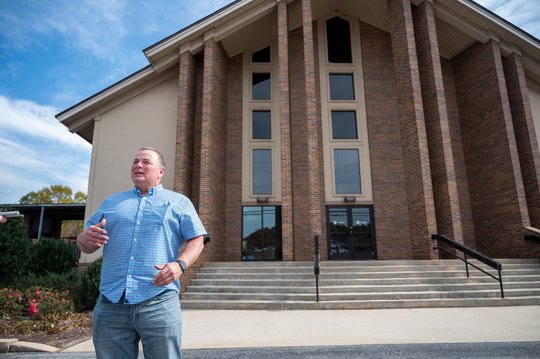 Such is the price paid for large road projects, like the Sardis Road project, which has been in the works for many years.

“For about the last five years, we’ve been in a holding pattern,” Swan said.

Frank Miller, Hall County engineer, said he hopes the right of way acquisition part of the project will wrap up by late January. The Georgia Department of Transportation could award a construction contract by July 2023, he said.

“We have closed on 142 parcels, 10 are pending and 9 are still in negotiations,” Miller said.

Demolition of homes started earlier this year as part of the right of way process.

Hall County is handling design and right of way acquisition for the project, with GDOT handling construction, Miller has said.

Road construction, costing about $22.5 million, could take about two years to complete. Hall County has budgeted $20 million for right of way acquisition.

The first part of the connector will involve widening Sardis Road from two to four lanes, passing Fran-Mar Drive and Chestatee Academy. Sardis Road’s roundabout at Sardis and Ledan roads would be expanded to two lanes as part of the project. Ledan Extension will become a four-lane road, going past intersections for Chimney Rock Lane and Windsor Trail.

The connector would follow along Southers Road before going cross-country south of Southers until connecting with Thompson Bridge Road at Mount Vernon.

Mount Vernon would be rebuilt from the intersection to a point past a Kroger-anchored shopping center that faces Thompson Bridge Road.

The project would dodge Corinth Church’s 2-acre cemetery, which dates to 1869, when the church was established.

Not only will it take out the old church, the connector will pass 12 feet from the front steps of the newer church building that houses the existing sanctuary and dates to 1973.

Swan said the whole project has left him wondering “what the entrances will look like for us on Wednesdays and Sundays.”

Terrell Gaines’ business, Happy Pappy’s Storage, across the road from Corinth Church, also is facing removal because of the road project.

Hall County “has made the first offer, and it’s slightly less than half what our appraiser had (valued) it at,” he said. “But that’s the way it is. They come in low — very low — and then they say, ‘Make us an offer.’”

Negotiations are still ongoing with Corinth, as well.

“I’m trying to give them the opportunity to do the right thing,” Swan said. “We’re not asking for anything outlandish. We’re not trying to win the lottery here. They’re taking a building from us, and we need a building back.”